The ‘Land of the Free’, who are they kidding.

Robert Mackey reports for The Intercept: 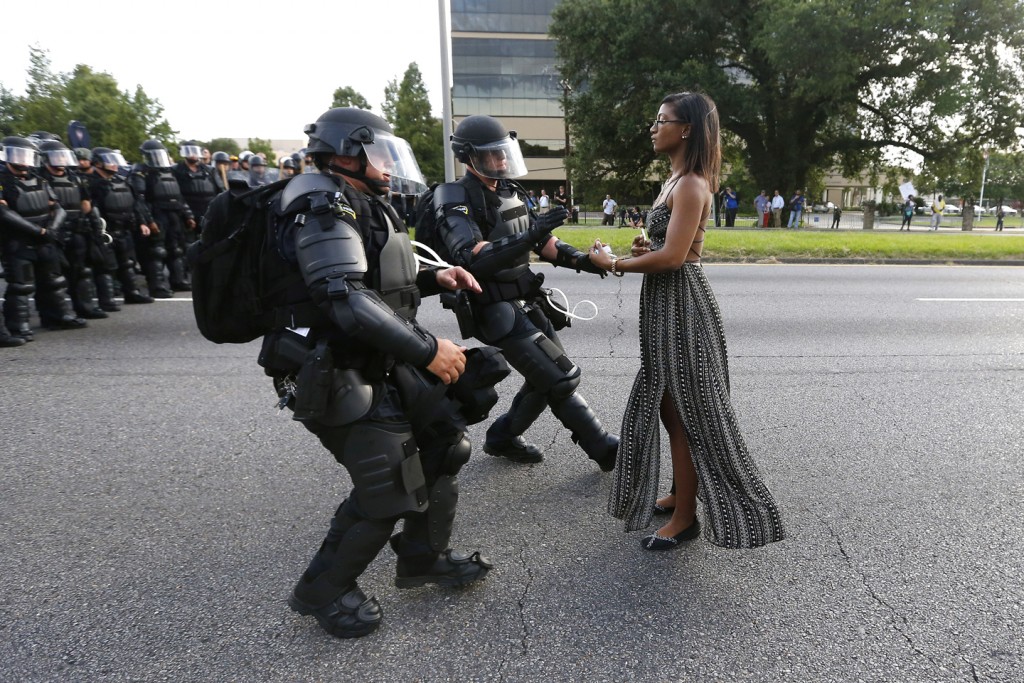 Photographs and video of heavily armed police officers wearing body armor and helmets arresting protesters in Baton Rouge over the weekend reverberated on social networks and in the world’s media, focusing new attention on the militarization of police forces across the United States.

The image that drew the most comment, taken by Jonathan Bachman for Reuters, showed a young woman in a dress standing serenely on a road outside the Baton Rouge police headquarters as two Louisiana State Police officers dressed for battle rushed to arrest her.

The woman was later identified as Ieshia Evans, a nurse and mother from Brooklyn, who had come to protest the killing of Alton Sterling by two Baton Rouge police officers last week.