Alys Phillips admits she found it daunting when she did her first solo sleep-in shift as a care support worker two years ago. But now she says she would willingly cancel social arrangements to do more of the 24-hour stints, from 3pm one day to 3pm the next. 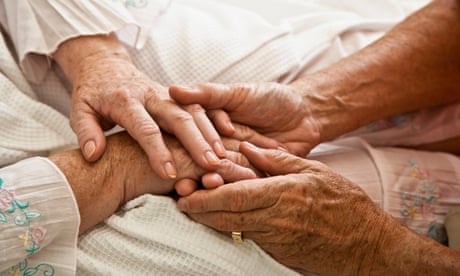 Phillips says her work with people with learning disabilities in rural Wales and the Welsh valleys is hugely satisfying. She helps with daytime domestic tasks in their homes, sees the residents to bed and helps them to get up again the next morning. She is allowed to sleep from 11pm to 7am – but is on hand if something happens during the night.

“Things do happen, but not regularly,” says Phillips, a 23-year-old graduate. “I clock off at 11 and go to sleep and I’m up at around six, ready for when the residents wake; then I assist with breakfast and help them get ready for the day. I’ve become acquainted with numerous service users and their daily routines.”

While Phillips insists she is not money-motivated, she does acknowledge that a recent, significant pay rise for the sleep-ins has proved very welcome. Previously she was paid a flat £30 for the eight hours of presumed sleeping time. Now she gets £57, almost double. She works for Cartrefi Cymru – a not-for-profit support provider – in its office, as well as in people’s homes. Cartrefi is one of a small minority of providers that have been able to raise their sleep-in rates in line with an official reinterpretation of minimum-pay rules that is said to be presenting a “£200m-ish” headache for the social care sector.

That considerable sum is the estimate made by the UK government care minister, David Mowat, who told MPs last week that the sector faced “quite a serious issue” for which no cost provision had been made. “There was a court case around sleepovers in which the law was clarified in a way that the government didn’t expect it to be clarified,” he said. “Now, potentially, charities – and indeed individuals who have got personal budgets – could be held liable for minimum-wage violations going back six years. And the cost is enormous.” (This is the same minister who suggested tackling the care crisis by requiring people to be as responsible for their parents as they were for their children.)

Source: Social care is on the brink. This new nightmare might push it over the edge | David Brindle | Society | The Guardian

One thought on “Social care is on the brink. This new nightmare might push it over the edge | David Brindle | Society | The Guardian”