By further acting to quash the Catalonian Government Independence declaration this could backfire on the Spanish Government as it could persuade more Catalonian people to side with the idea of independence.

It could also reinvigorate other nationalistic movements within Spain being the Basques and Galicians to name but 2 more. While eventually even more regions could also wish for some form of independence. referenced from Nationalisms and Regionalisms of Spain. 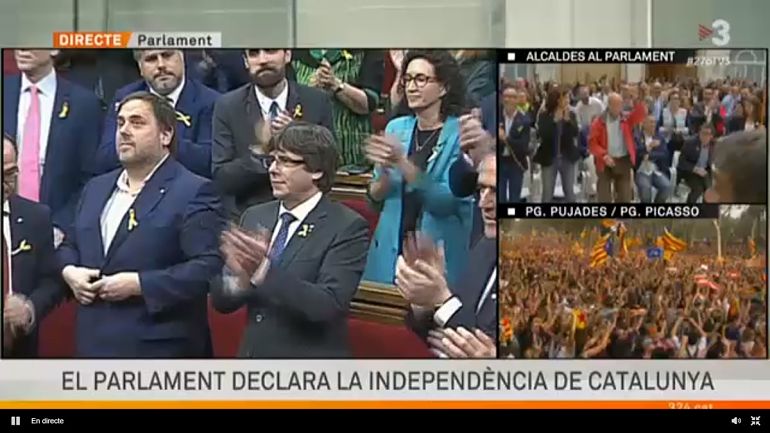 The government of Catalonia has now declared independence from Spain, in a move that’s likely to shake Europe to its core. The vote for independence was by a huge majority of 70 for to 10 against; although the opposition boycotted the vote. Immediately after the announcement, the Catalan parliament was surrounded by thousands of people, celebrating.