Are we living through an epidemic of loneliness? Well, it depends who you ask. One Red Cross study found that more than 9 million people in the UK – almost a fifth of the adult population – are often or always lonely, and in January Tracey Crouch was appointed the so-called “minister for loneliness” to tackle the problem.

But the experts can’t decide if things are actually getting worse. At Cheltenham science festival last week Aparna Shankar, from St George’s, University of London, described levels of loneliness in the UK as having been “fairly consistent” since the 1940s. 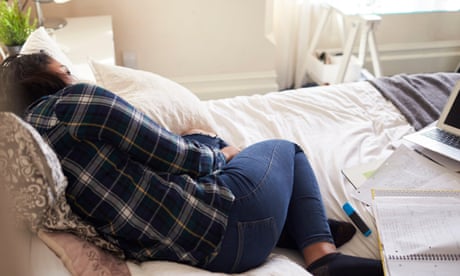 ‘I felt left out’: how to cope with loneliness at university

Read more
Indeed, when I interviewed the renowned loneliness researcher John Cacioppo, he told me that 5% to 10% of people in industrialised nations feel lonely frequently or always, and that the figure “has increased slightly” over the past 15 years, “but not by leaps and bounds”.

However, in her book iGen, the US academic Jean M Twenge cited studies showing that 31% more American teenagers felt lonely in 2015 than in 2011, which she attributes to the rise of the smartphone.

But this is the least interesting question to be asking. Interviewing experts in neuroscience, genomics, evolutionary biology, psychology, psychiatry and psychoanalysis has helped me understand something about what loneliness does to our brains, bodies and minds. These conversations introduced me to the theory that loneliness evolved as a biological warning sign, like hunger, thirst or pain, to tell us that isolation is a threat to our health, and we need to find some social nourishment.

You cannot simply cure loneliness by shoving a load of lonely people randomly in a room together, because loneliness is not defined by being alone, but by feeling alone even when surrounded by others; it is about the quality of the connection, not the number of our social relationships. Feeling lonely makes your sleep worse, and transforms your immune response. Greater loneliness means poorer outcomes for people with mental health problems.