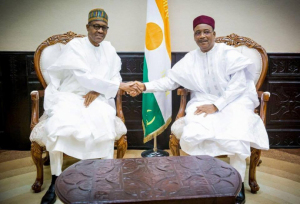 Senior Special Assistant (Media & Publicity), Mal. Garba Shehu said in a press statement in Niamey, Niger Republic on Wednesday, 3 June said that President Buhari has received the the report which he says contains many disturbing allegations .

According to Shehu, President Buhari assured his administration will study the document and act appropriately.
“I assure you that your report will be looked into,” President Buhari said.
He said without meaning to prejudice the outcome of any investigation, Nigerians needed to be reassured that “this administration will leave no stone unturned to promote the rule of law, and deal with all cases of human rights abuses.

Taking The Diss Out Of Disabled 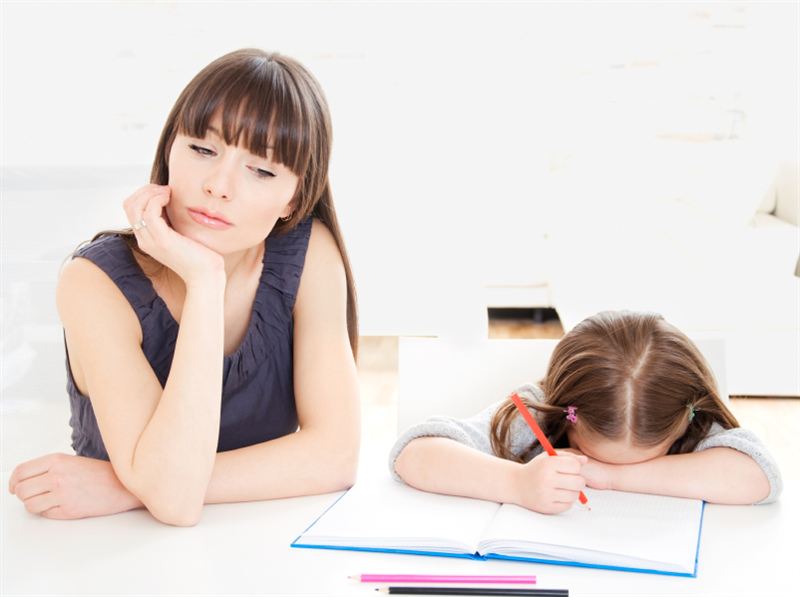 Being the parent of a child with special needs can produce a myriad of emotions that are connected to our children’s growth and development. Some of those emotions will be guilt (did I cause this somehow), anger (why my family), feelings of loss (for what could have been) even a twang of envy when observing typically developing kids skill – set which your child struggles to develop or even possess. These are merely a few examples as each family is different.

When the children are born, you go through a grieving process of sorts. While pregnant, visions of whether the child will be a boy or a girl, what they will look like, whether they will grow up to be the next president, famous ballerina or football player and future parental and social interactions with friends prance through your head.

When the child is born and receives a diagnosis all…

There once was a king named Dionysius who ruled in Syracuse, the richest city in Sicily. He lived in a fine palace where there were many beautiful and costly things, and he was waited upon by a host of servants who were always ready to do his bidding. 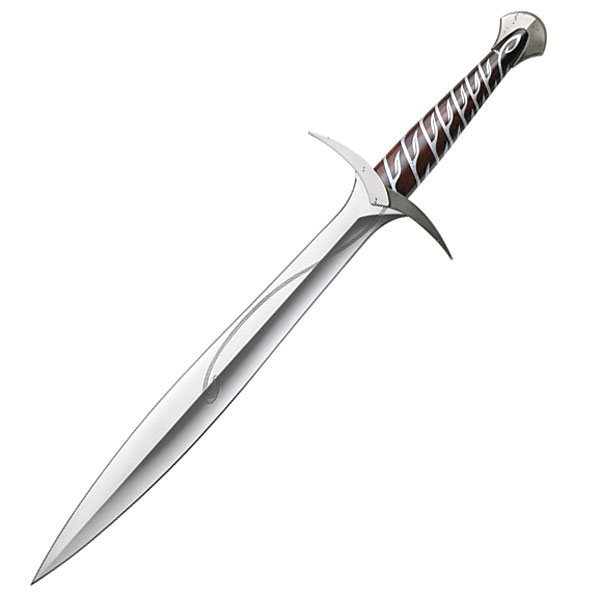 Naturally, because Dionysius had so much wealth and power, there were many in Syracuse who envied his good fortune. Damocles was one of these. He was one of Dionysius’s best friends, and he was always saying to him, “How lucky you are! You have everything anyone could wish for. You must be the happiest man in the world.”

One day Dionysius grew tired of hearing such talk. “Come now,” he said, “do you really think I’m happier than everyone else?”

“But of course you are,” Damocles replied. “Look at the great treasures you possess, and the power you hold. You have not…

WASHINGTON – Anvita Gupta is just 17, but the Scottsdale high school student already has an impressive list of accomplishments: She has worked with researchers in China, at Harvard and at the Research Science Institute.

On Monday, Anvita got to add to the list, meeting President Barack Obama at the fifth annual White Housescience fair. She was one of more than 100 students – and one of three from Arizona – invited to present their projects at the White House.

“It’s amazing. I have to think about what I want to do next to have it live up to this,” Anvita said after meeting with Obama.

Her research, writing an algorithm that makes it easier and quicker for computers to help develop disease-curing drugs, caught the eye of Obama, who singled her out during his speech.

Obama said it’s important to recognize the work of young scientists like those honored Monday.

Two students from Carl Hayden Community High School were also there, representing the school’s robotics team that was chronicled in the recent documentary, “Underwater Dreams.” Seniors Sergio Corral and Isela Martinez brought along the underwater robot their team designed and built, and showed it to the president.

“I don’t think I’m going to wash my right hand after that handshake,” Sergio said after shaking Obama’s hand.

“I never thought I would be meeting President Obama,” Sergio said. “I thank him a lot for pushing STEM education. It’s really the future and I think he understands that.”

But the focus of the day was the students, and the theme of this year’s science fair was diversity.

“Science is for all of us,” Obama said. “Part of the problem is we don’t tell the stories enough of the incredible scientists and inventors along the way who are women, or people of color, and as a consequence, people don’t see themselves as potential scientists.”

All three Arizona students met Obama, who visited with 12 of the 35 teams who were displaying their work at the fair. After hearing Anvita, describe her work, Obama turned to a group of trailing reporters and said, “I don’t know what you all have been doing, but this is what she’s being doing.”

Encouraging girls to get involved in STEM is something that Anvita is passionate about. The BASIS Scottsdale senior started an after-school computer science group to teach middle school girls programming.

“It’s really great that women are getting this platform, so that we can inspire more young girls to believe in themselves and go forward in these STEM fields,” she said.

Please read the little cartoon carefully – it is powerful. Then read the comments at the end.
I’m doing my small part by forwarding this message. I hope you’ll consider doing the same. 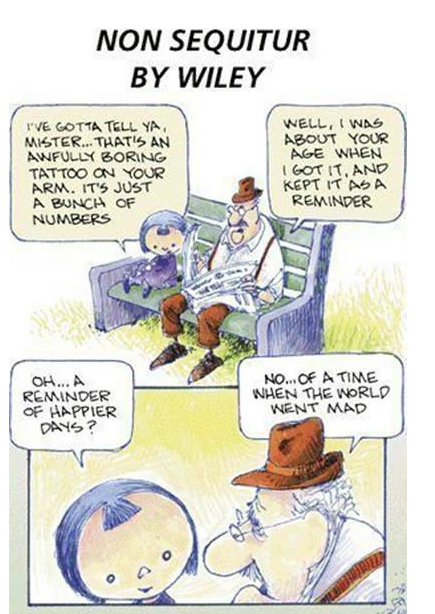 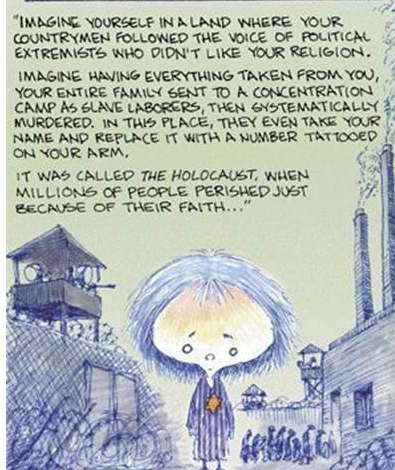 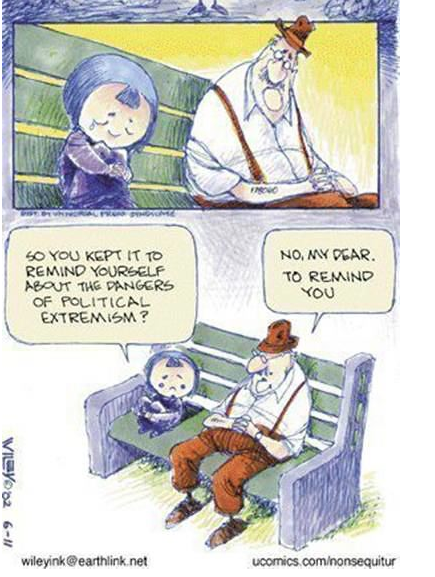 It is now 69 years after the Second World War in Europe ended. This e-mail is being sent as a memorial chain, in memory of the six million Jews, 20 million Russians, 10 Million Christians and 1,900 Catholic priests who were murdered, massacred, raped, burned, starved and humiliated.
Now, more than ever, it’s imperative to make sure the world never forgets, because there are others who would like to do it again.

Yes follow your dreams and be in charge of your own destiny. It is your life, live it.

Reblogged from Will the real reality please stand up! from an original post on Metro

Disturbing CCTV footage has been released showing the moment a teenager was dragged from a bus stop before being hit with a stone and brutally raped.

An 18-year-old girl was waiting at a bus stop in Leeds when the incident took place last Friday night.

The harrowing video shows the horrific moment she was grabbed and thrown onto the grass in a garden behind the bus stop, before the suspect hits her over the head with a large stone.

Police say the evil man then subjected the defenceless young woman to a serious sexual assault before escaping and leaving her for dead.

He said: ‘This is a completely out of the ordinary event and there seemed to be no pre-cursor.

An E-fit of the man police want to speak with in connection with the rape (Picture: West Yorkshire Police)

‘We are urging residents to take more…

‘…………..In the first ever children’s mental health week, a small survey reveals parents’ frustration with the support they get.

She has toughened up. She has had to.

She says: “I’ve become a very hard woman. I’m holding my emotions at arm’s length so that I can function.”

The change has been brought about by having to cope for more than two years with her daughter Maisie’s mental health problems.   ……………’