So Trump is considering the use of his ability to grant pardons, not only to his children, but also himself and this just shows the clear reason for him to not hold the Office of President.

This would be a totally unjust use of power.

He is completely unsuitable to hold that Office and should be barred, as soon as possible, from ever holding that Office ever again.

Source: I beg your pardon? Does Trump really plan to absolve himself and his family? | US news | The Guardian

Disturbing video of the incident offers a glimpse at how police are responding to peaceful demonstrations.

US dangerously militarizing its response to peaceful protest; remembering the Tiananmen Massacre, because the Chinese authorities want you to forget; new UN report on the Philippines details widespread human rights violations; Brazil’s own scourge of police brutality; rights defender under house arrest in Kyrgyzstan; Egypt’s ex-prime minister sued for torture in US.Get the Daily Brief by email.

President Donald Trump was accused of “jury tampering” after he reportedly threatened Republican senators not to vote to remove him from office in his impeachment trial. This article first appeared in Salon. A Trump confidant told CBS News that Republican senators were warned: “Vote against the president, and your head will be on a pike.” Trump, […]

The House managers presented their case against the president on charges of abuse of power and obstruction of Congress.

As the president slurred ritualised abuse of Iran and pleas to Nato, we saw the US’s days as world hegemon dribbling away, says Guardian columnist Simon Jenkins

Source: Donald Trump’s rant against Iran is the howl of a dying empire | Simon Jenkins | Opinion | The Guardian

(Reuters) – The U.S. Senate is expected to hold a trial this month to consider whether President Donald Trump should be removed from office after the House of Representatives in December approved two articles of impeachment that charge him with abuse of power and obstruction of Congress.

Was what he did really so bad? And even if it was bad – was it truly impeachable? 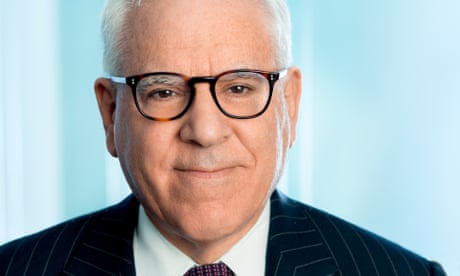 ‘I guess that’s revealing’: David Rubenstein on Trump and the weight of history

As Democrats hit the gas on impeachment this week, Donald Trump exhorted Republicans to defend him on the substance of his actions in the Ukraine scandal, instead of sniping about the process.

“Rupublicans [sic],” Trump tweeted “go with Substance and close it out!”

Trump’s misconduct, critics say, includes using the power of the presidency to solicit foreign intervention in the 2020 US election, by trying to force Ukraine to help conduct a political hit on Joe Biden.

Trump denies all wrongdoing and most of his defenders do too. But there is a (slightly) subtler version of Trump defense that Republicans are trying out which says that while Trump’s conduct has not been irreproachable, neither has it been impeachable.

The argument, according to constitutional experts and historians of impeachment, is not a strong one. In fact, Trump’s conduct, according to analysts interviewed by the Guardian, hews more closely than any previous conduct by any other president to what scholars conceive as a concrete example of impeachable behavior.

Frank O Bowman III, author of High Crimes and Misdemeanors: A History of Impeachment for the Age of Trump and a professor at the University of Missouri school of law, said that Trump’s having extorted actions with no legitimate US national purpose from a foreign country that is “literally at risk of losing its political and territorial independence” without US support was impeachable.

“I think these are quite clearly, precisely the type of high crimes and misdemeanors that the founders not only feared but actually discussed at the constitutional convention,” said Jeffrey A Engel, co-author of Impeachment: An American History and director of the center for presidential history at Southern Methodist University.

“The high crime is the trade – give me dirt on Joe Biden and his son, and I’ll give you in return military aid and help with your economy – I think that is certainly impeachable,” said Corey Brettschneider, author of The Oath and the Office: A Guide to the Constitution for Future Presidents and a professor of constitutional law at Brown University.

Many are finding defending Trump difficult at the moment. Republican lawmakers spent Thursday fleeing reporters trying to ask the question, “Do you think it’s OK for the president to pressure foreign governments to interfere in our elections?”. One lawmaker even headbutted a camera rather than reply.

The reason Trump’s alleged conduct is plainly impeachable, historians say, has to do with US impeachment precedent and with what the authors of the US constitution meant when they provisioned impeachment for “high crimes and misdemeanors”.

“If we look at history both British and American – and it’s important to look at British history, because our Framers were of course rebel Englishmen and they adopted the phrase ‘high crimes and misdemeanors’ in full recognition of the fact that that was a parliamentary term of art, and that therefore they were adopting to some degree, by reference, previous usages of that term – all of that leads to really the inescapable conclusion that one of the grounds for impeachment has always been abuse of power,” said Bowman.

Source: Experts on Trump’s conduct: ‘Plainly an abuse of power, plainly impeachable’ | US news | The Guardian