Andrea Leadsom is an idiot for she is stigmatising all males as paedophiles, so in her own words and thoughts she, in fact, married a paedophile. This just shows how stupid she is for paedophilia is not restricted to males, for females can also be paedophiles and some are, so does she protest too much.

She should therefore crawl back under the stone she came from under.

Well done Simon Stevens, not to be confused with the Health Secretary.

Source: Theresa May has benefited from the Tories’ hunger for power | Jonathan Freedland | Opinion | The Guardian

Britain will emerge from Brexit with a “

Source: Theresa May: Britain faces ‘tough times’ but can enjoy a ‘better, brighter future’ outside the EU

Source: Andrea Leadsom’s pitch for the Tory leadership: our writers’ verdict | The panel | Opinion | The Guardian

Two leading contenders to be the next British prime minister disagreed publicly on Sunday on how quickly negotiations should be triggered to plan a departure from the European Union.

Toby Helm reports for The Observer: 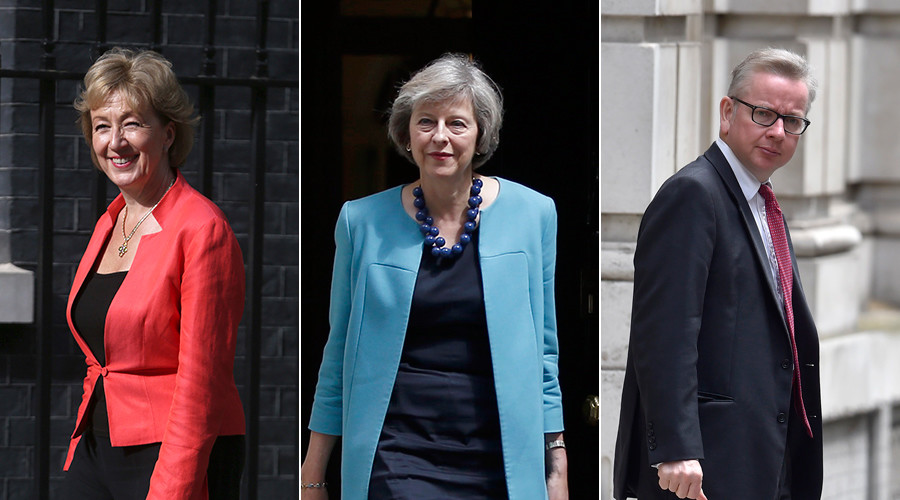 Conservative party members will face a choice between two women – Theresa May and Andrea Leadsom – as their next leader and prime minister, it was predicted on Saturday night, as Michael Gove struggled to mount a viable leadership challenge.

Senior party figures said they believed MPs would receive “clear orders” from constituency parties not to back Gove following his dramatic decision on Thursday to turn on Boris Johnson and stand for the leadership himself. On Saturday night, May was the runaway favourite with firm pledges of support from more than 100 Tory MPs, with Gove, Leadsom and Stephen Crabb all in the low 20s, and Liam Fox struggling to get out of single figures.

However, support for Leadsom is growing. On Saturday night she said she had the backing of 50 MPs and was happy to be viewed in the tradition of Margaret Thatcher…