I welcome this consultation for currently I am unaware of any public toilets where I live in Sheffield, except those in some large stores, who are closed due to the lockdown, although there toilets in supermarkets, which in some areas are few and far between, especially in city centres.

Hoping this consultation will change the trend for many years, where public toilets have been closed. Was this down to finance and if so, was this due to the 10 years of austerity cuts imposed on Local Authorities by the past Conservative Governments?

We do have some Changing Places toilets, but again there is an insufficiency, which needs to be rectified.

Major new analysis of the state of the health and care system in England in the run up to the Covid-19 pandemic today reveals the extent of the crisis that was facing medics and carers even before the crisis hit.

LONDON (Reuters) – Almost one million public-sector workers in Britain are to be given above-inflation pay rises, the government said on Tuesday, to reflect their work during the COVID-19 pandemic. 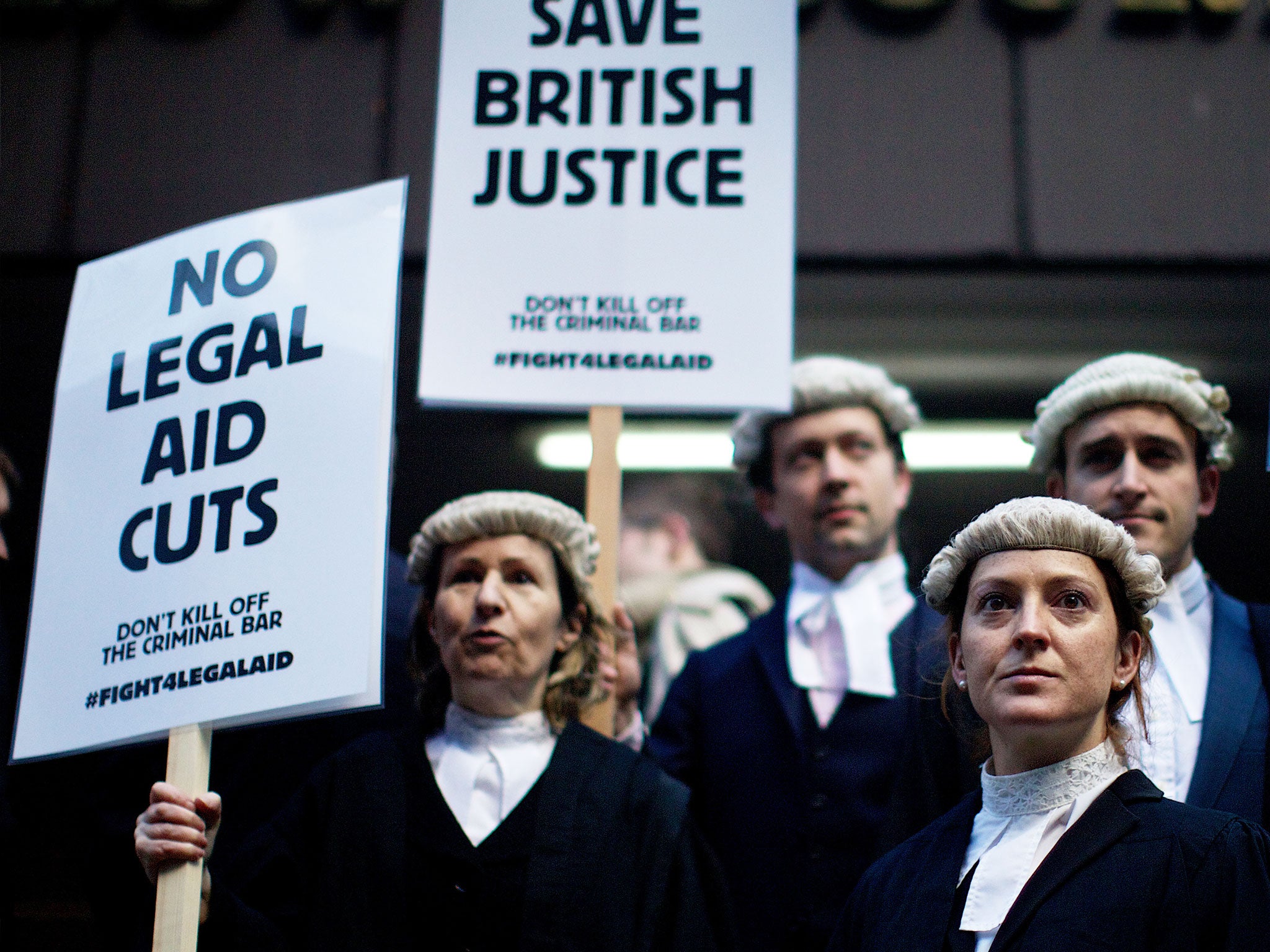 Legal campaigners have attacked the government’s announcement of a royal commission on the criminal justice system for “ignoring” the impact of its own budget cuts.

Proposals outlined as part of the Queen’s Speech said the probe would “deliver a fundamental review of the key issues affecting the system” and “make it more efficient and effective”.

But a Downing Street document made no mention of nine years of budget cuts imposed on police and the Ministry of Justice since 2010.

Just 7.4 per cent of all crimes reported in England and Wales now result in a prosecution, while the number of people being punished for offences has hit a record low even as violence rises.

Amid a crisis of violence, self-harm and drugs in prisons, the government has already been forced to reverse…

The Conservative Party has announced a ‘three-point plan’ to find a long-term solution for social care in its election manifesto.

A David Cameron once said ‘We are in it together’, but in what?

Was it austerity for if it was it was not the poorest and most vulnerable in Society that caused, but they did come off worst.

The persons who caused the Banking Crisis, did not loose their bonus, which it is said they earned during the coming of the crisis, were they in it?

What about the Prime Minister, the Ministers, MPs were they in it? For they ghot their pay package increases when most of the UK workforce did not and these are people who could have substancial income.

Ther persons who were worst off, do, in many instances have to rely on benefits to survive, not because they are unwilling to work. For many persons with disabilities, suffering from sickness and ill health or even on low pay employment. Some will be on Zero Hours contracts where earnings are only paid when work is done, which is only available when the work is offered.

No we were not ‘all in it together’ for the vulnerable, poor, persons in poor health were in it all the time and were the least able deal with it.

Also, the benefits they were relying on, some of which did not have inflationary increases, were being changed. The changes were using systems, which in many instances, were not fit for purpose and left many with no or little income throughout these changes.

In many instances the benefit assessments were not be conducted correctly, in fact, it is obvious that some of the assessors put untruths in the assessments, which then made the claimants ineligible for the benefits, which were then overturned after a very long appeals process.

If persons were on the old benefits were these benefits maintained until the revised decision was made known, no they were not.

The UN even advised the Government that their systems were wrong or wrongly being used, but the Government decided not just ti ignore the UN but advised that the UN was incorrect in their judgements.

This is from a Government where the country, the UK, is supposed to be a supporter of the UN.

Ifthe UK will ignore the UN, I say, What is the point of having the UN.

Is it to keep the peace, well if it is why are there so many violent instances in many countries, all of whom are members of the UN.

Yes, they are doing, just what the UK has and is doing, ignoring the UN.

Was austerity required, we were told it was, but austerity did not cater for equality and many deaths could be attributed to austerity or the Governments forms of austerity.

Is it really such a surprise that “survival sex” has become normalised by years of Tory austerity?

Last week, a group of women told the work and pensions committee how they sold sex to survive. Everything from being coerced into giving oral sex after being caught shoplifting food for the kids to turning to sex work full time. While the cliched image of sex work – women on drugs – remains sadly true, there are also “welfare” sex workers, supplementing their benefits to buy not heroin but groceries or clothes for their kids.

While such horror stories have always been around, they’re now directly linked to the inadequacies of universal credit, including five- to six-week waits to process claims, rejections, disputes, cuts, repayable loans…

Tens of thousands of NHS workers are struggling to get by on the minimum wage because their private sector employers are failing to match public sector pay rises.

The estimated 100,000 low-paid cleaners, porters, security guards and catering staff who work for private contractors in hospitals across England are being treated as “second-class employees”, thanks to a growing pay divide between public and private sector workers, according to the country’s leading health union.

Concerns about the pay gap come ahead of tax and benefit changes in the new tax year, starting this weekend, which have fuelled fears of widening inequality, despite claims by the government that the era of austerity is over.

In today’s Observer, Torsten Bell, director of the Resolution Foundation, said that “adding up all the new tax and benefit changes for the year equals an average £280 income boost for the richest fifth of households, but a £100 reduction for the poorest fifth.

Last year, as part of a three-year deal negotiated by health unions, the lowest-paid workers in the NHS were given a £2,000 pay rise. But the overwhelming majority of health staff employed on private contracts have not received a penny, Unison says.

The union has called on the government to end the pay divide, which it claims is causing outsourced staff to leave in search of better-paid jobs.

The union wants everyone employed within the NHS to be on at least £9.03 an hour. Currently, Unison says, many staff employed by private contractors are on the minimum wage, which is £8.21, equating to an annual salary of £16,052, or £1,600 a year less than what the lowest-paid worker in the public sector is paid.

Mr Kreft said the nub of the problem was that the funding formulas of local councils and health boards were predicated on paying low wages to staff and the “minimal differentials” for taking on extra responsibilities – and that had to change.

The call from Mario Kreft MBE, the chair of Care Forum Wales, came after a campaign was launched to attract another 20,000 social care workers in Wales over the next 10 years.

At the moment, he said, the funding formulas of local councils and health boards were predicted on paying low wages to staff.

The number of elderly people over the age of 80 is predicted to increase by 44% in Wales by 2030 and there are currently about 113,000 people in the social care sector.

The ageing population in Wales and relatively older workforce are two factors for the increasing demand for care workers in people’s own homes, workers in residential care and more nurses.

Mr Kreft said: “I can certainly say that this is the most challenging time that social care providers have faced in trying to recruit sufficient workers to actually do the job.

Source: Calls to increase pay for care staff-The elephant in the room is that you can be paid more for stacking shelves | Care Industry News

After a decade of deep and sustained reductions to local government budgets, councils across the country must find further savings next year as main grant funding, the money local authorities receive from central government to provide services, is cut by a further £1.3billion (or 36%).

HuffPost UK has been exploring how the loss of individual services at a local level link up to paint a national portrait of austerity in our series What It’s Like To Lose. As part of that, we have asked council leaders what it is like to sit at that table and decide where to put the black lines.

The task was described by one former Labour finance chief as “brutal” while another Conservative town hall boss said in some ways the role was “a poisoned chalice”.

It does show that we are really, really short of money that we’re actually doing this. I mean there is no money.Richard Cornelius, Conservative leader of Barnet Council

Local authorities have already lost 60 per cent of their central government funding over the last decade, substantially more than any other area of government.

And it is in the loss of valued frontline community services that the impact of this austerity drive is most keenly felt by communities across England.

Regardless of their political stripes, the council leaders each called on central government to invest in local government saying the cuts have now gone far enough. But some were keen to say that this should not be at the expense of further borrowing by government.

So acute are the financial challenges that even the most basic services – such as libraries, school lollipop patrols, street lighting, road repairs, cemetery maintenance, gritting – are now being considered for savings.

HuffPost UK delved into reduction proposals at five local authorities across the country, and found all of these services mentioned in the various plans.

The UK government has asserted that “employment is at a record high” with 32.5m people in work, the highest figure since 1971. It took to Twitter to trumpet its success but failed to mention further findings from the Resolution Foundation, a non-partisan think tank that aims to improve living standards for those on low and middle incomes. In response, the foundation tweeted that this “impressive employment record” takes place alongside the “biggest pay squeeze” in over two centuries and huge cuts to state welfare.

Source: Employment may be at an all time high in the UK, but austerity, low pay and zero hours contracts inflict misery on millions : The Conversation