On 23 July, a London casting agency advertised for extras to ‘protest’ outside Downing Street. This coincided with a visit from the Qatari emir to visit Theresa May. Since then, the plot has thickened over who ordered the actors. And the whole matter could mark a sinister new trend for the UK.

Tamim bin Hamad Al Thani, the emir of Qatar, was due to visit No. 10 on 24 July. An email, sent by casting agency ‘Extra People’, emerged on social media to book actors for an ‘anti-Qatar event’:

Source: Fake Downing Street ‘protesters’ could mark a sinister new trend for the UK | The Canary 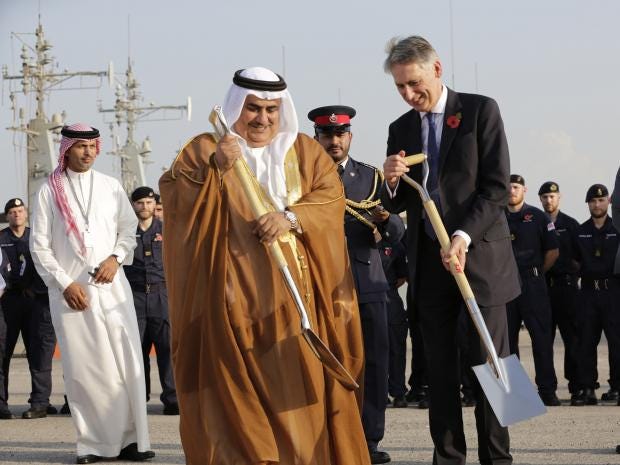 Bahrainis are calling their government’s intensified repression of all opposition “the Egyptian strategy”, believing that it is modelled on the ruthless campaign by the Egyptian security forces to crush even the smallest signs of dissent.

In recent weeks leading advocates of human rights in Bahrain have been jailed in conditions directed at breaking them physically and mentally, while others, already in prison, have been given longer sentences. The Bahraini citizenship of Sheikh Isa Qasim, the spiritual leader of the Shia majority in Bahrain, was revoked and the headquarters of the main opposition party, al-Wifaq, closed and its activities suspended.

Bahrain, once considered one of the more liberal Arab monarchies, is turning into a police state as vicious and arbitrary as anywhere else in the region. Mass protests demanding an end to the Sunni al-Khalifa dynasty’s monopoly of power during the Arab Spring period in 2011…

Source: In Their Own Words: Nabeel Rajab | Amnesty International UK