With caregivers’ faces covered, infants and young children will miss out on all the visual cues they’d normally get during stages of rapid developmental growth.

President Trump dismissed a mask-wearing reporter as being “politically correct” on Tuesday while the presumptive Democratic candidate, Joe Biden, called him a “fool” for mocking their use.

The president’s refusal to wear a face mask in public, defying recommendations from public health experts, has become a symbol for his supporters resisting stay-at-home orders amid the coronavirus crisis. To wear one then is seen by some as being anti-Trump.

In early April, Trump announced new guidance from the Centers for Disease Control and Prevention that Americans wear face coverings in public to slow the spread of the coronavirus, reversing the administration’s earlier recommendations that masks weren’t necessary. The president was clear, however, that he would not be wearing a mask — even though “it may be good” advice.

The current pandemic may be difficult for autistic individuals and their families. Read on to learn about the best ways to help autistic people adjust.

Trump’s claim that cases are falling everywhere is contradicted by his own task force’s report, obtained by NBC News, showing the virus spreading far from the coasts.

President Trump faces a growing challenge from the coronavirus as it spreads to more countries around the world.

New research finds that omega-3 fish oil supplements can improve attention in youths with ADHD who have low — but not high — blood levels of omega-3. 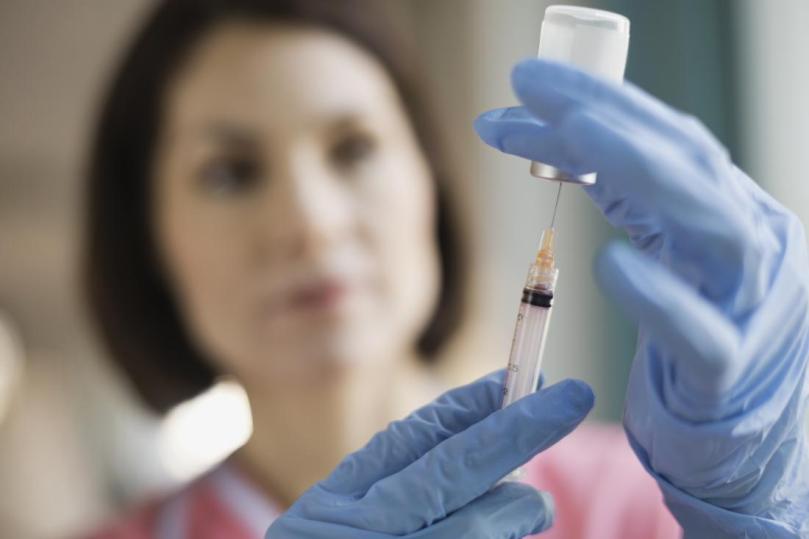 Is a universal flu vaccine on the way?

Influenza — which people commonly refer to as “the flu” — is one of the most widespread illnesses worldwide.

Two virus strains — influenza virus strain A and strain B — are responsible for the flu. This disease has led to between 9.3 million and 49 million estimated cases of illness each year since 2010 in the United States alone, according to the Centers for Disease Control and Prevention (CDC).

As there are different viral strains, and each strain has many different subtypes, doctors must administer the correct vaccine each time. They need to use one that targets the specific strains and subtypes that are circulating in the population for this preventive approach to be successful.

So far, there has been no “universal vaccine” that can target all influenza viruses effectively. But are researchers getting closer to developing one?

Source: Scientists may be getting closer to creating a universal flu vaccine : Medical News Today

Flu vaccination prevents millions of flu-related illnesses and deaths annually, but vaccination rates are low for many reasons.

During the 2018-2019 flu season, the Centers for Disease Control and Prevention reported that about 45% of U.S. adults received the flu vaccine. While this is an increase of 8% from 2017-2018, it falls way below the national goal of 70% of American adults receiving a flu shot.

One of the common myths that leads people to avoid the flu shot is that they think the shot will give them the flu. But that is simply not true. The virus in the vaccine is not active, and an inactive virus cannot transmit disease. What is true is that you may feel the effects of your body mounting an immune response, but that does not mean you have the flu.

I am a nursing professor with experience in public health promotion, and I hear this and other myths often. Here are the facts and the explanations behind them.

Source: Why the flu shot cannot give you the flu (and why you should get one now) : The Conversation

The Trump administration is seeking to ban all nontobacco flavors of e-cigarettes in the wake of a massive spike in teen vaping and the spread of a mysterious illness that has sickened hundreds of people across the country.

President Trump told reporters in the Oval Office that vaping is a problem “especially vaping as it pertains to innocent children.”

Youth vaping has skyrocketed in the past year, driven largely by teenagers becoming drawn to sweet and fruit-flavored e-cigarette pods easily accessible in stores. The FDA has struggled to keep up with regulation.

Federal statistics have shown a 78 percent increase in e-cigarette use among high school students in just one year.

“We can’t have our youth be so affected,” Trump said. “People are dying with vaping, so we’re looking at it very closely.”

The Food and Drug Administration is working on releasing final guidance to implement the ban, but Health and Human Services Secretary Alex Azar said it will take several weeks to develop.

Azar said after a 30-day effective date, all flavored e-cigarettes would be removed from the market, pending FDA approval. Manufacturers of tobacco-flavors would have to file for approval by May 2020, Azar said.

“Kids are getting access to these products despite our best efforts at enforcement … they’ve been going at it so we simply have to remove these attractive flavored products from the marketplace until they’ve secured FDA approval if they can,” Azar said.

Most e-cigarette brands sold in the U.S. are legal, but none of them have been subject to FDA review, leaving a regulatory gray area as more and more products flood the market.

The agency gained the authority to regulate tobacco products in 2009, but it wasn’t extended to vaping products until 2016. When the Trump administration took over in 2017, the FDA decided to delay enforcing the laws until 2022, much to the frustration of public health groups. In response to a federal lawsuit, the agency moved that timeline up again, to next spring.

Earlier Wednesday, Azar met with Trump and acting Food and Drug Administration (FDA) commissioner Ned Sharpless at the White House to finalize details of the announcement.

The move to ban flavors also comes as at least 450 cases of a mysterious respiratory condition have been reported across 33 states. The severity of the cases vary, but six people have died.

Whenever I talk about my research on how parents come to decide to reject vaccines for their children, my explanations are met with a range of reactions, but I almost always hear the same questions.

The year is not half over, and the number of measles cases has now exceeded highs not seen since the U.S. was declared measles-free in 2000. Given the indisputably large role unvaccinated individuals are playing in it, parents who reject vaccines are increasingly vilified. Some people call to have these parents arrested or punished. Many are asking states to tighten laws that make exemptions to school enrollment without vaccines too easy.

Others dismiss these “Whole Foods moms” as harming others and call for them to be socially ostracized.

As a sociologist, I have spent most of a decade talking to parents, pediatricians, policymakers, lawyers and scientists to understand competing views of vaccines. In my research, I find that parents who reject vaccines – by which I mean mostly mothers – work hard to make what they see as an informed decision to do what they think is best for their children. They also want to make a decision that best aligns with their belief system.

Experts, at least of their own kids

Many “anti-vax” parents see themselves as experts on their own children, as best able to decide what their children need and whether their child needs a particular vaccine, and better qualified than health experts or public health agencies to decide what is best for their family.

Source: What’s wrong with those anti-vaxxers? They’re just like the rest of us : The Conversation