The (CTSI) announces the launch of a new complaints guidebook for the UK care homes industry.

A judge has dismissed a judicial review brought by national care provider body Care England against a local authority it said had breached its Care Act duties by setting fees too low.

Care England argued that Essex council had fixed the fees it offered to providers under a new commissioning framework at a level “significantly below their costs of care”.

It said this contravened section 5 of the Care Act, which stipulates local authorities must promote an efficient and effective care market and “have regard” to ensuring its sustainability.

The issue was highlighted last month by a report from the Competition and Markets Authority (CMA) which found care home operators had been charging self-funding residents an average of 41% more than council-funded ones in order to remain solvent.

The UK’s care homes are grappling with an unsustainable £1bn-a-year funding gap caused by councils not paying enough money, resulting in many homes charging residents over the odds in order to stay afloat, an official review has found.

The Competition and Markets Authority (CMA) has also revealed it is taking enforcement action against a number of care homes that have been unfairly demanding large upfront fees, or charging families for weeks after the death of an elderly relative.

In its report into the £16bn care homes sector, which covers 410,000 residents and stretches across 11,300 homes, the CMA said “urgent action” was needed because the current regime was “not sustainable” without additional funding.

It suggested that people who paid for their own care were being asked to pay more than they should in order to subsidise council-funded residents. 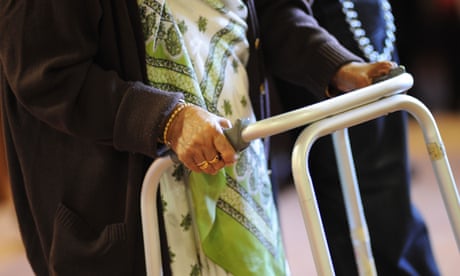 “On average, a self-funding resident is paying over £12,000 a year more than a local authority to have a place in the same care home … This difference between self-funded and local authority prices for the same service is understandably perceived by many as unfair.”