Trump doesn’t make it clear who “they” are, or exactly what would have to happen before his collection of soldiers, officers, and bikers would be released to make things “very bad.” Not that details are required. Trump is making it clear he thinks he has the muscle on his side to get his way by brute force, no democracy required.

These authoritarian calls to violence are just more of the same from a candidate who began by calling for violence against protesters at his rallies. And it’s far, far from certain that the military—which is far more wedded to the Constitution than Trump is—would obey an illegal order. Especially when Trump’s border “emergency” got its funds by taking away funding for homes, schools, and hospitals for military families.

In his testimony before Congress, Trump “fixer” Michael Cohen stated that he was concerned Trump wouldn’t leave the political stage even if he lost an election. Trump is certainly making that concern very easy to believe.

Trump fighting furiously to safeguard himself and the Trump Foundation.

This shows, that currently there is a semblance of independent Law & Order in the US, but if Trump is not curtailed how long will this ab able to continue. If it can not there will be only one law in the US, being the Law of Trump and Trump will have achieved his ultimate aim to be a ‘Dictator’ whose word has to be followed, irrespective of how damaging it will be for other, the US and eventually the World, as long as Trump is safe and his rulings are the Order.

NEW YORK (Reuters) – A New York state judge rejected U.S. President Donald Trump’s request to dismiss a lawsuit in which New York’s attorney general accused him of misusing his namesake foundation to advance his 2016 presidential campaign and his businesses.

The decision issued Friday by Justice Saliann Scarpulla of the state supreme court in Manhattan is a rebuke to the Republican president, whose lawyer had accused Attorney General Barbara Underwood, a Democrat, of “pervasive bias” for suing.

Scarpulla said the U.S. Constitution did not immunize Trump from the lawsuit, and Underwood could pursue claims alleging breach of fiduciary duty, improper self-dealing, and misuse of assets belonging to the Donald J. Trump Foundation.

Trump’s support of Erdogan shows exactly what Trump is and how he would really wish to govern America.

Trump’s connections with a large number of dictatorships has raised several questions about his morality and political convictions. Since he became president, numerous human rights organizations have protested against him for welcoming human rights violators onto US soil. However, Trump has always denied those accusations, claiming that classic tyrants such as Al-Sisi (Egypt) and Erdogan (Turkey) are US allies who lead free countries.

Despite Trump’s efforts to manipulate public opinion, the recent visit of the Turkish Prime Minister Recep Erdogan caused a political earthquake. During his visit to the Turkish embassy in Washington DC on Monday, Erdogan ordered his bodyguards to attack people who were peacefully protesting against him. As result, a number of protesters were injured and needed medical assistance. A few hours before that regrettable incident, Trump said:

“We have had a great relationship and we will make it even better.”

The Netherlands is consider to be run as a democracy, while Turkey was previously proceeding to bring in democratic ideals, but under the current leadership would now appear to be proceeding with dictatorship ideals. While it is for each country to decide themselves how they wish to govern, neither should endeavour to implant their own ideals on each other.

Within the powers of each county they can individually decide who should or should not be allowed enter their respective countries in accordance with their own rule of law.

So, as in this case, if the Netherlands decide that certain persons will not be allowed access then these persons and their country, Turkey, should respect this. Irrespective whether the decisions were right or wrong the course of action is not for persons from one country to deliberately ignore and thwart these decisions and if they so wished to counter these then there are diplomatic channels in which to do so.

As stated in the article each country have important elections coming forth and therefore it is essential that each countries rule of law should be respected.

The Netherlands decided that to allow politicians from Turkey could provide a situation from which the alteright party could use to enhance more support. However due to the actions of the Turkish Government representatives in not respecting the Netherlands right to ban their enter, this has escalated the situation, so that Turkish President Erdogan supporters have, initially formed a large gathering in Rotterdam and not only did they not disperse when requested to do so they went on to riot and cause damage in a country in which they are effectively guests. So what the Netherlands government did not want to occur did occur and Geert Wilders, the right-wing candidate as used this to support his cause. It will also not do any harm to President Erdogan in the Turkish election.

The moral being respect the rule of law and the political process of each and every county by other countries.

On Saturday, just four days before the Dutch elections and one month before Turkey holds a crucial constitutional referendum (on expanding Turkish presidential powers), a new diplomatic dispute began between the Netherlands and Turkey.

Everything began when the Turkish foreign minister Mevlut Cavusoglu announced he would visit Rotterdam to call on Turkish expatriates to vote favorably on the referendum. Right after this announcement, the Dutch authorities notified Cavusoglu that he was banned from entering the country, alleging that there was a risk to public order and security.

Despite the ban, Cavusoglu decided to take a plane to the Netherlands. In response, the Dutch government withdrew landing permission for him and his aides, forcing him to land in Germany. Once in Germany, the minister Cavusoglu said:

“This decision is a scandal and unacceptable in every way. It does not abide by diplomatic principles.”

The more I see and hear President Donald Trump wishes to govern as a dictator, which will be the end of democracy in America. He believes he is the one supreme being whose word or demand has to be obeyed.

He has all ready started to take control of the press and now is starting on the judiciary. Then what is his next venture holding camps or even worse extermination camps for those who he and he alone considers undesirables and where have we seen that occur before.

Ryan Devereaux reports for The Intercept: 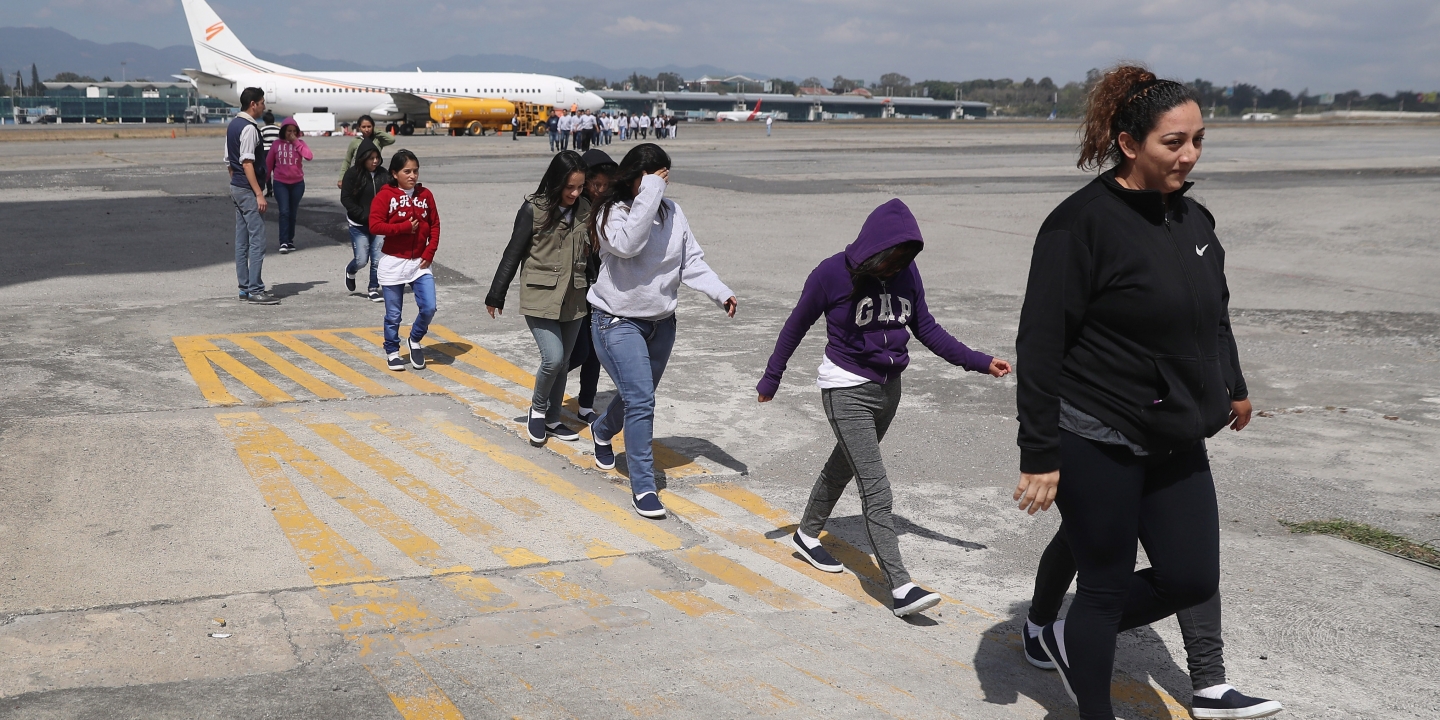 On Tuesday, the Department of Homeland Security released a pair of memos laying out how the agency intends to implement President Donald Trump’s executive orders on domestic immigration enforcement. In addition to calling for a massive increase in the number of immigration agents and the deputizing of local and state law enforcement across the country — described in the documents as a “force multiplier”— the memos dramatically expand the range of people who can be deported without seeing a judge.

“I see now what the plan is,” Greg Siskind, a Tennessee-based immigration attorney and member of the American Immigration Lawyers Association board of governors, told The Intercept. “Their plan is basically to have everybody thrown out of the country without ever going to court.” Additional immigration attorneys and legal experts who spoke to The Intercept shared Siskind’s concerns, describing various elements of the DHS directives and the…

Saudi Arabia some many human rights abuses and ruled by Saudi Royal family under extreme Sharia law and some terrorists have been from Saudi, but Saudi was not part of Donald Trump’s executive order. Does this mean President Donald Trump agrees with the rulings of law in Saudi , for such an outspoken person he appears to be quiet about this.

Or is he indicating it is Fake News or is it Alternative facts.

Saudi Arabia uses Sharia (Islamic law) as its domestic legislation. There is no a formal penal code; the criminal justice court derives its interpretation from an extreme version of Sharia. In most of cases, detainees do not have a fair trial and are not allowed to meet with a lawyer during their interrogations. Further, the authorities do not usually inform them about their charges until…

America voted Trump in now they are reaping what they sowed, but is it too late for action to suppress the slide into authoritarian order. We can only hope it is not.

In Upper New York Bay stands the colossal statue of Liberty, a universal symbol of freedom. It is also the Mother of immigrants, embodying hope and opportunity for those seeking a better life in America. It stirs the desire for liberty in people all over the world. It represents the United States itself. However…Last week, the flame of the freedom from its torch has started to extinguish.

In hardly two weeks, President Trump’s unlawful decisions and his unprecedented pressures on judges to fail in his favour have shaken the fundamentals of U.S. Democracy. For many, it indicates that Trump has various hidden plans to turn the U.S. system into an authoritarian to gain power. However, it won’t be possible without dominating the Supreme Court.

The U.S. Supreme Court is the final court of appeal and final expositor of the Constitution of the United States. It marks the boundaries of authority…

Days after the UN (United Nations) condemned the expansion of the Israeli settlements in Palestinian territories, the Israeli Prime Minister, Benjamin Netanyahu, announced that Israel will not abide by the UN resolution because it is an attempt against Israeli’s security. Instead, Netanyahu announced mass punishments against the countries that voted for the resolution.

Netanyahu considers that the expansion of Israeli settlements in Palestinian territories serves to protect Israel from terrorism. Nevertheless, the international community reflects that the existing dispute between Israel and Palestine will increase.

Netanyahu is leading a radical coalition, considered to be the most right-wing in Israeli history.Avigdor Lieberman, who heads Yisrael Beiteinu – the other major party in the ruling coalition – opposes to recognise Palestine as a state. He has also proposed to transfer the Arabic community (including Israeli Citizens) from Israel to Cisjordania to evade a forthcoming Arabic majority in Israel.