Elizabeth Warren did not come to play.

The Democrat presidential nominee just made major moves according to a recent poll by Quinnipiac University. First of all, she’s actually beating Joe Biden for the first time nationally with 27 percent of Democrats and Democratic-leaning independents saying they’ll vote for Warren. Meanwhile, Biden has 25 percent of the vote.

When it comes to Black voters, Biden still remains in the lead but Warren has surged tremendously. In July, Warren only had 4 percent of the Black vote, while in August she had 8 percent. Now, in September she has 19% of the Black vote, which is nearly half of Biden’s 40 percent Black vote support. Clearly, with each month, Warren is doubling in digits. At this rate, she could surpass Biden’s numbers by the end of the year or even as soon as October.

After Joe Biden failed once more on Friday to apologize to Anita Hillfor his handling of a 1991 Senate hearing at which she testified about being sexually harassed by supreme court nominee Clarence Thomas, questions surged anew. 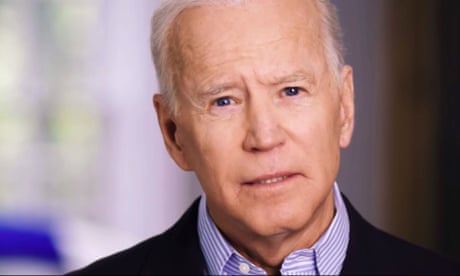 Why can’t Biden just issue a straightforward apology? To what extent might the episode trip up his presidential candidacy? And what, exactly, is Biden said to have done wrong at the time?

As he asks voters to choose him over multiple women candidates to run against Donald Trump, a president accused of sexual misconduct by more than 20 women, Biden has had to respond to complaints of unwanted touching. He has said “social norms are changing” and promised to ‘be more mindful of personal space in the future”.

But according to experts in gender studies and sexual harassment interviewed by the Guardian, his failure to apologize to Hill, in a recent personal call with her and on the national TV program The View on Friday morning, is particularly frustrating and potentially damning.