America voted Trump in now they are reaping what they sowed, but is it too late for action to suppress the slide into authoritarian order. We can only hope it is not.

In Upper New York Bay stands the colossal statue of Liberty, a universal symbol of freedom. It is also the Mother of immigrants, embodying hope and opportunity for those seeking a better life in America. It stirs the desire for liberty in people all over the world. It represents the United States itself. However…Last week, the flame of the freedom from its torch has started to extinguish. 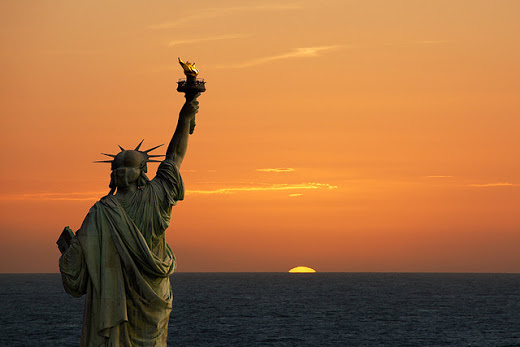 In hardly two weeks, President Trump’s unlawful decisions and his unprecedented pressures on judges to fail in his favour have shaken the fundamentals of U.S. Democracy. For many, it indicates that Trump has various hidden plans to turn the U.S. system into an authoritarian to gain power. However, it won’t be possible without dominating the Supreme Court.

The U.S. Supreme Court is the final court of appeal and final expositor of the Constitution of the United States. It marks the boundaries of authority…

Days after the UN (United Nations) condemned the expansion of the Israeli settlements in Palestinian territories, the Israeli Prime Minister, Benjamin Netanyahu, announced that Israel will not abide by the UN resolution because it is an attempt against Israeli’s security. Instead, Netanyahu announced mass punishments against the countries that voted for the resolution.

Netanyahu considers that the expansion of Israeli settlements in Palestinian territories serves to protect Israel from terrorism. Nevertheless, the international community reflects that the existing dispute between Israel and Palestine will increase.

Netanyahu is leading a radical coalition, considered to be the most right-wing in Israeli history.Avigdor Lieberman, who heads Yisrael Beiteinu – the other major party in the ruling coalition – opposes to recognise Palestine as a state. He has also proposed to transfer the Arabic community (including Israeli Citizens) from Israel to Cisjordania to evade a forthcoming Arabic majority in Israel.

A great and true thought and one that we should all aspire to.

Helen Keller Says: “When indeed shall we learn that we are all related one to the other, that we are all members of one body? Until the spirit of love for our fellow people, regardless of race, color, or creed, shall fill the world, making real in our lives and our deeds the actuality of human brother- and sisterhood, until the great mass of the people shall be filled with the sense of responsibility for each other’s welfare, social justice can never be attained.”