We found ourselves on different sides of the debate during the EU referendum but today we are united in our determination to make Brexit a success for Britain.

Just like the country as a whole, Conservatives have different perspectives on exactly what our future relationship with the EU should look like.

It should surprise no one that on something as complex as Brexit, people of good faith who share common political principles can disagree.

Leaving the EU after over 40 years of membership inevitably poses questions which defy easy answers.

But when it comes to delivering the legislation necessary to make Brexit a smooth and orderly process, we both agree that every Conservative should march in lockstep behind the Prime Minister as she delivers on the vote.

The EU Withdrawal Bill, which MPs will be voting on this week, is not about competing visions of the future, but about ensuring legal certainty at our point of departure.

It is a technical measure which is essential to getting Brexit right.

Source: Tory MPs must unite behind PM over Bill amendments : The Telegraph

On the face of it this is good, but will any Government listen. I will wait and see.

What the Government Really Cares About.

Last year this was reported.

We have not heard the results of this initiative.

This has now been announced: Equality watchdog to mirror UN inquiry into DWP’s rights violations

But not before this happened – for anybody still taken in by Iain Duncan Smith’s snivelling on the BBC.

Five months ago, Iain Duncan Smith, who resigned last month as work and pensions secretary, dismissed an EHRC offer to help MPs and peers understand the true impact on disabled people and other groups of his welfare reform and work bill, which has since been passed by parliament.

Letters between EHRC and Duncan Smith were published on the commission’s website, following a freedom of information request, and showed that he snubbed an offer from the watchdog to “work more closely” on the equality impact…

Is this true remorse or just ‘crocodile tears’.

The vast majority on benefits are there because they have no ability to work and never will have, this is not by choice, but due to their disability and or health deterioration. Due to increasing survival rates, due to considerable medical advances many persons who would not have survived years ago are now doing so, but the Government processes and the media attention are not taking this into consideration and are thereby, by their actions, demonising people on benefits and a good proportion of the public are believing this. Both the Government and some of the media are guilty of malicious propaganda. 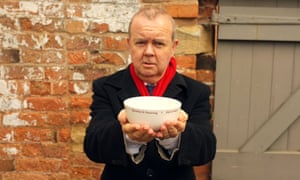 Ipswich Unemployed Action is in two minds about watching this documentary tonight: Workers and Shirkers.

Ian Hislop’s entertaining and provocative look at Victorian attitudes to the poor sheds a sharp light on today: controversial benefits cuts, anxieties about scroungers, sensational newspaper reports, arguments about who does and doesn’t deserve welfare – it’s all there!

Ian explores the views of five colourful individuals whose Victorian attitudes remain incredibly resonant. Pioneer of the workhouse Edwin Chadwick feared that hand-outs would lead to scrounging and sought to make sure that workers were always better-off than the unemployed. That sounds fair – but was his solution simply too unkind?

James Greenwood, Britain’s first undercover reporter, made poverty a cause célèbre – but is that kind of journalism voyeuristic?

Helen Bosanquet, an early social worker, believed that poverty was caused by ‘bad character’ – that some people simply more deserving…

Up until this afternoon, the welfare slasher was defending cruel cuts and brutal sanctions tooth and nail

He cannot get to oversee the bedroom tax, and disability and other benefit sanctions, and walk away with clean hands

Source: If we are not ‘all in it together’, this is largely due to Duncan Smith | Politics | The Guardian