Restoring care standards even to 2010 levels will blow a big hole in the chancellor’s budget in March, says Guardian columnist Polly Toynbee

I learned this morning that Claire Greaves, a mental health blogger and campaigner who has worked with Mind, Fixers and eating disorder charity Beatuntil she was moved to a secure unit in 2016, and who tweeted under the handle @mentalbattle, has died in an eating disorders unit run by the private company Cygnet, owned by Pennsylvania-based Universal Health Services, in Coventry. Although she suffered from anorexia which nearly killed her in early 2017, sources on Twitter say she took her own life. She had been moved to that unit in May 2017 after five months in a mainstream hospital receiving tube-feeding after the crisis brought on by the anorexia in the Partnerships in ‘Care’/Priory-run secure unit, Ty Catrin, in south Wales, the conditions of which were the subject of this interview and which she wrote about on her blog here.

It takes courage for someone to raise concerns about their care. Less obvious is the bravery and humility it takes to listen with an open mind to complaints when you are on the receiving end – but for those who do there is real evidence it can have a big impact on improving the quality of services.

Our latest annual review of social care complaints proves this point. Last year our investigations resulted in more than 1,300 recommendations to put things right, 11% more than the previous year. Despite the extreme challenges faced by the sector, I’m heartened that in all but one case councils and care providers reacted positively and made practical changes.

That demonstrates the mature attitude displayed by many staff and managers in acknowledging fault, remedying suffering and using complaints to bring about positive change. Last year this led to nearly 230 changes to systems and practice. These are often simple, sensible steps on the frontline, such as training staff in the use of bed rails, keeping an inventory of people’s possessions or giving clear written explanations of fees and charges. These small changes make a big difference.

How can troubled social care organisations learn from failure?

We have the power to extend the scope of our investigations into an individual case if we suspect that other people have suffered an injustice. In these circumstances, a single concern can benefit many people.

In one example, a couple complained about their respite care being halved to four weeks without a proper needs assessment. As full-time carers of an adult relative with learning disabilities, this change had a huge detrimental impact on their lives. When we investigated, we found the council had imposed a blanket policy on all carers to restrict respite support as part of a wider aim to reduce costs.

Following our intervention, the council not only agreed to reinstate the couple’s respite provision, but also agreed to look at everyone else affected. Because of this one complaint, cuts were reversed for 69 other families and the policy was changed.

Positive outcomes like this rely on managers and care workers engaging constructively. Strong leadership is essential to foster how to learn from complaints and empower those on the frontline to respond quickly and with confidence to concerns, but nothing replaces the role of care workers who can help encourage people to talk about their experiences. If someone feels their concerns will be acted on and valued, they are more likely to come forward. 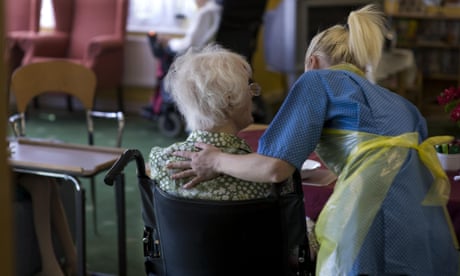 How care home at centre of TV investigation was turned around

In 2016-17 the number of complaints we received about independent care providers continued the upward trend we have seen for the last seven years. I welcome it as a sign of a greater openness and accountability and want to thank everyone who has responded to our calls to make complaint processes more visible and who are letting people know about their right to go to the ombudsman. I would urge others to do so.

Of greater concern is the number of complaints we uphold. Last year we found faults in nearly two thirds of the adult social care investigations we carried out, the highest level of problems we find in any aspect of our work. Given the well-documented challenges, that might not be a surprise.

At a time of unprecedented pressures on adult care, complaints need not be a burden. They can offer rapid and free feedback on how things are working, they can act as a cost-effective early warning of wider problems, and in an era when so much is measured by performance indicators and statistics, listening to people’s concerns brings a warmer, human lens through which we can better understand the real experiences of real people receiving care.

Source : Small changes can make a big difference to the quality of care : The Guardian

More than 300 residential care homes for younger disabled adults have not been inspected by the care watchdog for more than two years, according to official figures obtained by Disability News Service (DNS). The figures, released by the Care Quality Commission (CQC) in response to a freedom of information request, also show that 87 care homes in England have not had an inspection since 2014. And 10 homes have not had an inspection for between three and four years. In all, the CQC figures show that, on 1 June 2017, there were 311 care homes for adults under 65 (out of a total of 5,358 homes across England) that had not had an inspection by the regulator in the previous two years. Despite DNS alerting CQC to the figures on Monday, the commission failed to respond to requests for a comment by noon today (Thursday). The commission’s press office claimed today that its “team of analysts” were not clear how the figures were compiled, even though the press office has been told that they were

More than 900 adult social care workers a day quit their job in England last year, new figures reveal. Service providers warn that growing staff shortages mean vulnerable people are receiving poorer levels of care. In a letter to the prime minister, the chairman of the UK Homecare Association said the adult social care system – which applies to those over the age of 18 – has begun to collapse. The government said an extra £2bn is being invested in the system. An ageing population means demand is increasing for adult social care services. Those who provide care to people directly in their own homes, or in nursing homes, say a growing shortage of staff means people face receiving deteriorating levels of care. “You just can’t provide a consistent level of care if you have to keep recruiting new people”, said Sue Gregory, who has been a care home nurse in North Yorkshire for 13 years. “Its very simple, not many people want to do this kind of work, and this is a profession that relies on

Source: What are the costs of social care that have rocketed in the last year? And why did they rise so sharply? | Vox Political