The National Press always want it their way, but yes, they should be transparent and ‘Conflicts of Interest; should be made public.

How do we know that this interest in ;Harry and Meghan; may also be a Conflict of Interest.

The press state that Harry and Meghan should not have ‘their cake and eat it’, but it appears it is OK for The Press to do so. Hypocrisy in all its connotations.

Harry and Meghan and suing the Mail on Sunday for publishing a letter from Megan to her father. And today, that bastion on the British press – and as the late Terry Wogan used to say of the Beeb, ‘there are many basty ‘uns in there’  – the MoS set out its defence. It’s the old ‘public interest’ argument. They’re going to argue that Meghan and Harry don’t have the same right to privacy as the rest of us, because they’re private correspondence and activities are of interest to the public. Zelo Street has put up a piece demolishing it by showing how circular the argument is. The letter, and anything else the royal couple writes or does, is of interest to the public because the press tells them it is. Zelo Street states

With his incendiary interview and attempts to repair the damage, Donald Trump’s UK visit left a trail of havoc – and the papers try to reflect that

Source: Trump, May and ‘fake schmooze’: today’s front pages | US news | The Guardian

We all need to look at ourselves and judge who of us is racist as we all have a right of live. Just because someone, for whatever reason may be different is no reason to be abusive to each other.

There should be zero tolerance on racist attitudes so that we can all live in peace with each other.

Mike in his articles attacking May and her truly foul decision to destroy the evidence needed for the Windrush migrants to show their right to live in our wonderful country also mentioned that poem by Martin Niemoller. Niemoller was one of the scandalously few Christians in Nazi Germany to oppose the regime. You know the poem. It’s become something of a cliché – It opens with the various groups the Nazis came for, with the refrain ‘I did not speak out, because I was not’ whichever group was being attacked. It ends with the line that when they finally came for him, there was no-one to stand up for him. This was the reality in Nazi Germany. The Nazis attacked group after group, not just Jews, but also Gypsies, Socialists, Communists, trade unionists, the disabled, and other political and religious dissidents. And it had an effect. The Catholic Centre Party…

Source: White House Bars Times and 2 Other News Outlets From  – The New York 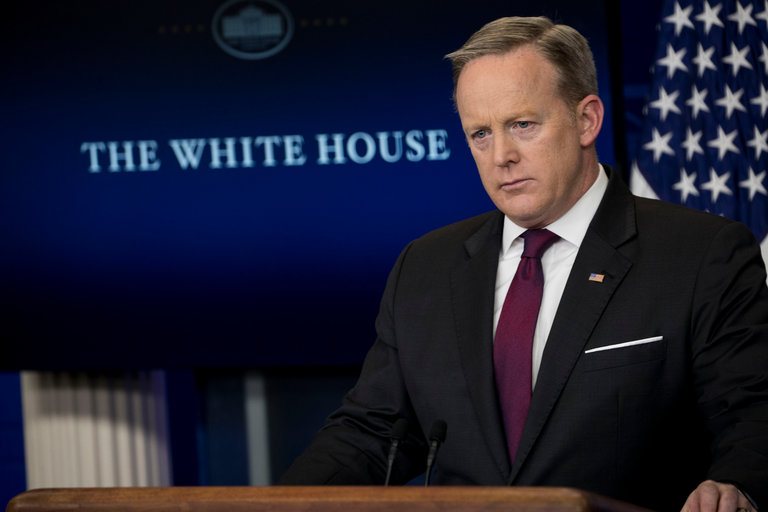 WASHINGTON — Journalists from The New York Times and two other news organizations were prohibited from attending a briefing by President Trump’s press secretary on Friday, a highly unusual breach of relations between the White House and its press corps.

Reporters from The Times, CNN and Politico were not allowed to enter the West Wing office of the press secretary, Sean M. Spicer, for the scheduled briefing. Aides to Mr. Spicer allowed in reporters from only a handpicked group of news organizations that, the White House said, had been previously confirmed to attend.

Organizations allowed in included Breitbart News, the One America News Network and The Washington Times, all with conservative leanings. Journalists from ABC, CBS, The Wall Street Journal, Bloomberg, and Fox News also attended.

A week or so ago I had a debate on here with a critic, who objected to my crediting Aneurin Bevan with the creation of the NHS. He asserted that the Beveridge Report, on which the NHS is based, was a policy of the wartime National Government, and also had Conservative support.

This is true. However, the Beveridge Report was based on the work of Sidney and Beatrice Webb and the Socialist Medical Association, who had been demanding a free medical service for decades. Indeed, a free health service had been Labour party policy since the 1930s. And while the Tories in the Coalition government also supported Beveridge’s outline of the welfare state, it had particularly strong support in the Labour party.

Pauline Gregg in her book, The Welfare State, describes the massive popularity the Beveridge Report enjoyed with just about all parts of the British population on pages…