Jeremy Scahill writes for The Intercept: Donald Trump’s speech on Afghanistan will briefly turn the media spotlight onto America’s longest war. Much of the media analysis will undoubtedly be about how the speech impacts Trump politically. Given the events of the past week, it seems unlikely that Democratic pundits will repeat their inane praise of the State of the Union address, in which Trump apparently became presidential for the first time. But this speech should serve as a moment to seriously examine the trajectory of the U.S. war machine from 9/11 to the present.

Amid the deluge of scandal, incompetence, and bigotry emanating from the Trump White House, the relative calm of the Obama era seems like a far-off galaxy. The reality that Trump may not even finish a full term as president, either due to removal or resignation, means that the palace intrigue must be reported on thoroughly by the press…

If this was a success, according to Trump, what would a failure be like. Trump believes what his Ego tells him, where he is everyone should beware.

Iona Craig reports for The Intercept:

[…] The Intercept’s reporting from al Ghayil in the aftermath of the raid and the eyewitness accounts provided by residents, as well as information from current and former military officials, challenge many of the Trump administration’s key claims about the “highly successful” operation, from the description of an assault on a fortified compound — there are no compounds or walled-off houses in the village — to the “large amounts of vital intelligence” the president said were collected.

“We never win, and we don’t fight to win,” President Trump said this week, unveiling a budget that would boost defense spending by double-digits while cutting the State Department by 37 percent.

But those leading America’s military effort have never been more vocal about the need for development dollars and the indispensability of diplomatic efforts working in tandem with kinetic ones.

Take the new plan to to bring the fight to ISIS, delivered to the president this week. “This plan is a political-military plan; it is not a military plan,” said Gen. Joseph Dunford, chairman of the Joint Chiefs of Staff. “In the development of the plan, we have been completely engaged at every level with the State Department…Not only will it be a whole-of-government approach,” Dunford said, it’s “about a trans-regional threat.”

“Winning” cannot be simply about the military campaign. It is also about…

If it was a success, a success for who.

President Donald Trump has fooled his supporters, he promised what they wished to hear by sound bites, but sound bites can have more than one meaning or purpose.

He posed to be anti-establishment, anti-elite, however, his whole background emanated from the establishment and he is one of the elite.

He believes he is the one supreme leader and he totally believes in his White House Chief Strategist Steve Bannon.

Trump can only accept people who agree with him and he can not listen or accept reasoned argument and in a President this can only lead to major problems in dealing with other leaders.

Trump insisted he can lead America against the World, but the World is vastly larger than America and America will eventually suffer and in doing so the World will also suffer. For no one entity is an island in total isolation. Trump is incapable of change, so change can only come from within America.

Jeffrey Goldberg writes for The Atlantic: 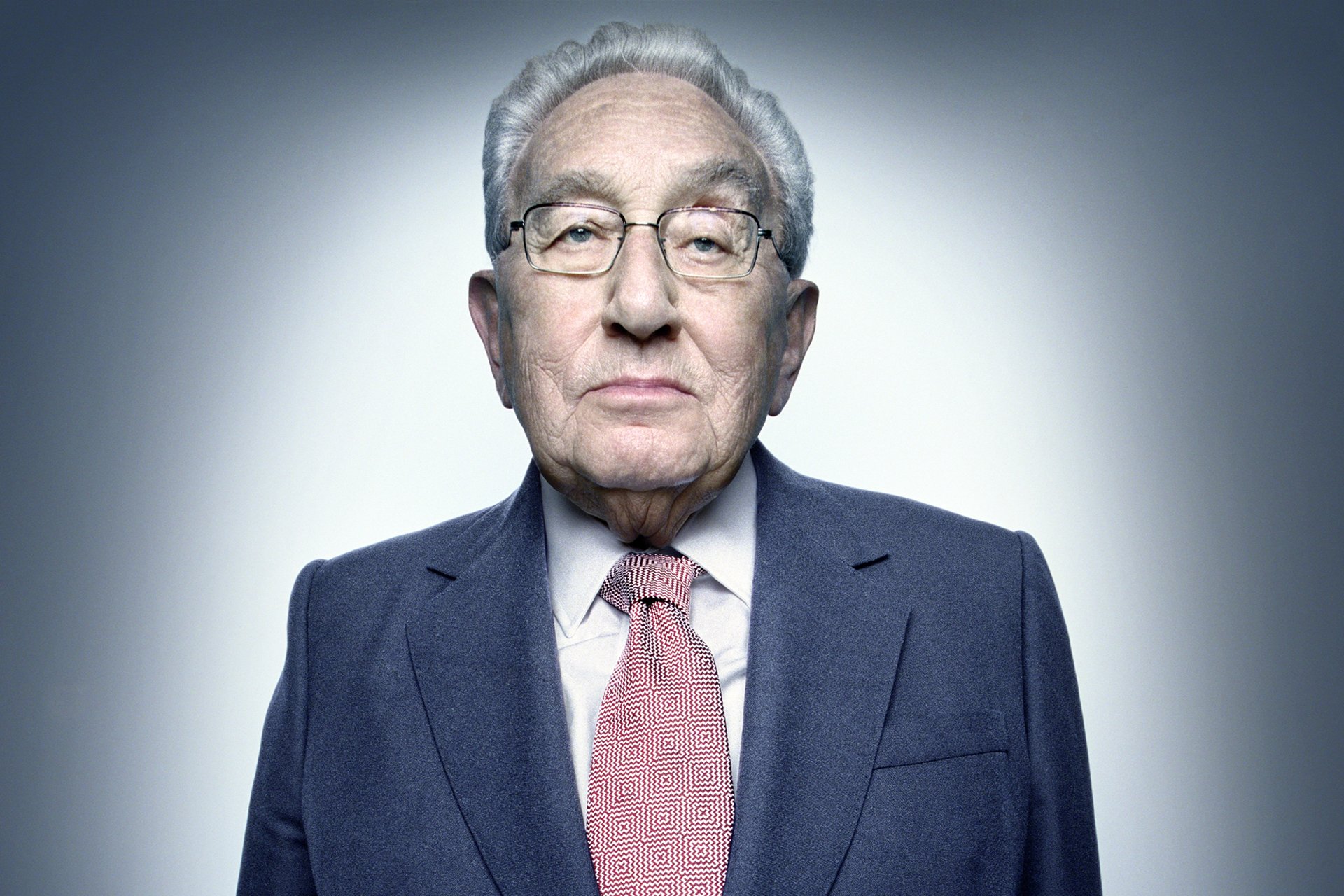 Over the past several months, I’ve interviewed Henry Kissinger, the former secretary of state, numerous times on the subject of America’s role in the world. Our conversations took place before this week’s election, but were informed by the foreign-policy differences between the candidates. The December 2016 issue of The Atlantic includes my article on these conversations, which you will  find published below. In addition, a full rendering of our several interviews, on subjects including the future of Russia, the rise of China, and the chaos of the Middle East, can be found here.

On Wednesday, the day the country, and the world, were just beginning to absorb the shock of Donald Trump’s victory, I spoke with Kissinger by telephone to get his postelection thoughts. He told me that he was expecting other nations, particularly the great powers, to enter a period…

Yes, Afganistan is something that the next US Predisent will have to consider, but in respect of Trump, could it be that he has not mentioned because he does not know of or understand the Afgan situation, for he does not wish to make himself look stupid, or should I say more stupid and ignorant than he is already.

Deb Riechmann and Robert Burns report for the Associated Press:

Donald Trump and Hillary Clinton have said next to nothing about how they would handle the war in Afghanistan.

That’s remarkable, given the enormous U.S. investment in blood and treasure over the past 15 years — including two American deaths on Thursday — the resilience of the Taliban insurgency and the risk of an Afghan government collapse that would risk empowering extremists and could force the next president’s hands.

In addition to the two service members killed on Thursday, four others were wounded while assisting Afghan forces in the northern city of Kunduz.

President Barack Obama escalated the war shortly after he took office, but he fell short of his goal of compelling a political settlement between the Taliban and the Afghan government. The next president will face a new set of tough choices on Afghanistan early in his…

The culture of the U.S. military fundamentally represents who we are as a people and what we value as a nation. Sworn to defend the…

Source: President Trump Would Be a Disaster for Women in the Military | Foreign Policy

There is no shortage of signs of impending environmental catastrophe, including the melting of the polar ice caps and the rise of atmospheric carbon to above 400 parts per million. The earth’s sixth mass extinction is underway. It is not taking place because of planetary forces. Homo sapiens is orchestrating it. Americans are at the same time bankrupting themselves by waging endless and unwinnable wars. We have allowed our elites to push more than half the U.S. population into poverty through deindustrialization. We do nothing to halt the waves of nihilistic violence by enraged citizens who carry out periodic mass shootings in schools, malls, movie theaters and other public places. The political and financial elites flaunt their greed and corruption. Donald Trump appears to pay no federal income taxes. Hillary and Bill Clinton use their foundation as a tool for legalized bribery. Our largest…

Sharmini Peries speaks to Richard Sakwa, Professor of Russian and European Politics at University of Kent and the author of Frontline Ukraine, about U.S. destroyers and warships entering the Black Sea for the first time since the Cold War for NATO’s ten-day military exercises. (The Real News)