Marches demonstrations, civic unrest, attacks by law enforcement and the military on protesting civilians: The parallels between the summer of 1932 and what is happening currently are striking.

Source: A summer of protest, unemployment and presidential politics – welcome to 1932 : The Conversation

The UK government has asserted that “employment is at a record high” with 32.5m people in work, the highest figure since 1971. It took to Twitter to trumpet its success but failed to mention further findings from the Resolution Foundation, a non-partisan think tank that aims to improve living standards for those on low and middle incomes. In response, the foundation tweeted that this “impressive employment record” takes place alongside the “biggest pay squeeze” in over two centuries and huge cuts to state welfare.

Source: Employment may be at an all time high in the UK, but austerity, low pay and zero hours contracts inflict misery on millions : The Conversation

“We’re going to win so much, you’re going to be so sick and tired of winning,” Donald Trump promised on the campaign trail ahead of his election. And as the president faces his first midterm vote, the big test for Trump will be whether voters are sick of winning, or sick of him.

On many measures, the US economy has boomed under Trump. Unemployment is at lows unseen since the first moon landing, stock markets remain close to record highs, business confidence is up, trade agreements Trump has slammed as “unfair” are being rewritten. On Friday the government’s latest jobs report showed wages were rising at their highest rate since 2009.

If the Republicans come through in Tuesday’s vote and outperform expectations – despite Trump’s unpopularity – then no doubt a lot of pundits will be using the campaign quote coined by James Carville, strategist to Bill Clinton, to explain the outcome: “It’s the economy, stupid.”

Trump is pushing his hard line on immigration harder than his economic record. Polling shows economic issues become less of a factor when the economy is on a sound footing.

Source: Trump wants voters to think the US economy is booming – is it? | US news | The Guardian

The concept sounds good but the practicalities are not for there will always people who do not need a basic income, the rich and there will always be those who would need more, people with disabilities, The later requiring more in relation to their disability.

If you make the Basic Income sufficient for many to live on what is the incentive to work.

Where would sufficient taxes and NI be raised to fund Central and Local Government spending and to fund the NHS and pensions.

Then when do people qualify is it when they are born, but then what about those that emigrate and also those that immigrate.

Would we be an open window for mass immigration.

It all needs to be well thought through and we have all seen the limitations of this principle. 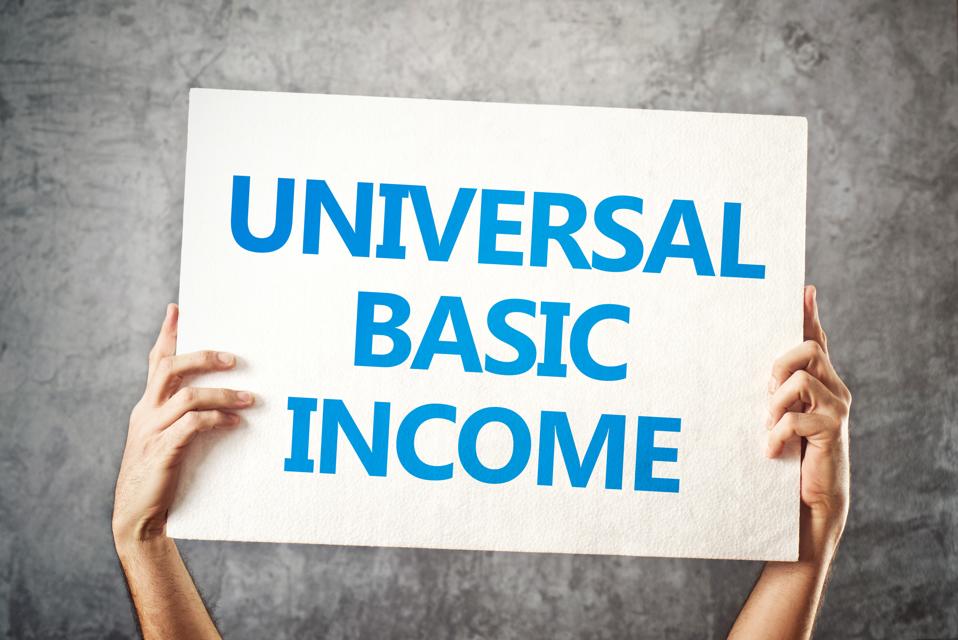 Are a few Basic Income Pilot Schemes an Alternative to Universal Credit?

A survey has found support for local experiments to explore paying people a basic income as an alternative to Universal Credit.

The Royal Society for the encouragement of Arts, Manufactures and Commerce (RSA) found 40% of people questioned backed local tests to see how such payments would work.

However, the Department for Work and Pensions questioned the idea.

It said a basic income “would not work for those who need more support”.

The RSA describes a basic income as “a regular, unconditional payment made to every adult and child. It is not dependent on other earned or unearned income, is not means-tested and is not withdrawn as earnings rise”.

The article gives some…

Kansas City is booming. Employers and investors have poured into the midwestern city since the recession. At least $1bn has gone into its sparkling new downtown, revitalized arts district and shiny new condos. So why is Sly James, its highly regarded outgoing mayor, so unhappy?

James, who steps down in July 2019, is leaving office with a sense of disappointment that despite Kansas City’s obvious accomplishments, the city’s recovery has left one large section of society behind: African Americans.

About 30% of Kansas City’s population is black. Every month, seemingly, Donald Trump uses Twitter to trumpet how well black people have done under his presidency. Nationwide African American unemployment is now 6.5%, down from a peak of 16.8% at the height of the recession.

But national numbers in a country as big as the US can be misleading. For many African Americans in the Kansas City area, the spoils of a roaring recovery have passed them by.

Source: The truth about black unemployment in America | US news | The Guardian

The ramblings of a former DWP Civil Servant ...

Better off under the Tax Credits regime brought in by Labour under Blair and Brown.

“Until last summer, Mike was a paramedic: 12 years of NHS service in a job he loved.  But a freak back injury caused by helping a patient in the middle of a cardiac arrest meant he was forced to take medical retirement.  His consultant calls his injury “severe lumbar disc and facet degenerative change”.  For Mike, it means shooting pain, weakness, and legs that give out without warning.  “Sometimes even lifting a part-filled kettle is too much,” he explains from the family home in Lowestoft.

Money is tight since he had to stop working and his wife’s wage as a teaching assistant has to stretch for them and their two teenage girls.  But because they live in what’s already…

The poor side of life

Today’s demo started rather hurriedly and to be honest I didn’t know if I was coming or going. This feeling was amplified because it was cold, rainy and my daughter was a bit fed up. understandable of course. But she soon settled down into our usual routine and all was well.

We are seeing a lot of new faces due to Stalybridge Jobcentre shutting. They don’t know us and what we are doing, and we don’t know them or their situations either. So we have to start from scratch, which at times isn’t easy.  But it’s a whole lot harder for them.

I started a conversation with a man who had been previously attending Stalybridge Jobcentre for his appointments. The first thing that he said to me was that he couldn’t believe how rude the front desk staff are at  Ashton Jobcentre, and how rude some of the advisors are also…

The first benefits “fauxtrage” of 2017 is upon us, barely a week in. Harrumpher-in-chief Phillip Schofield decided that the best use of his time was to shake his head patronisingly at a woman who had the gall to buy two bottles of prosecco on her “Christmas bonus” – a pittance added to her benefits payments. This leaves the tabloids free to engage in their ceremonial monstering of someone who bought a tenner’s worth of fizzy wine while not being currently retained by an employer.

Moaning about the fecklessness of the poor is a national sport that predates the introduction of the chip shop – the patronage of which (“with my tax money!”) is likewise cause for public tut-tutting. “Would it not be better,” asked George Orwell in 1937, “if they spent more money on wholesome things like oranges and wholemeal bread or if they even … saved on fuel and ate their carrots raw? Yes, it would, but the point is that no ordinary human being is ever going to do such a thing.”

“Unemployment,” he continues, “is an endless misery that has got to be constantly palliated.” The disagreement on this issue is not on the misery of poverty and unemployment, but on the idea that alleviating that misery is a good thing. If the unemployed do not earn their money through hard labour, then they should be expected to earn through suffering.

Anything can be used as an example of the unemployed worker’s fecklessness. Fridges and microwaves can be used to suggest the poor aren’t “really” poor. The screed against the “massive flatscreen TV” is positively ubiquitous, which is one of those things that really demonstrates the kind of alienation from the realities of the consumer electronics market you only get among the middle class. I don’t even know where to go to buy a cathode ray tube TV these days, but I do know you can get a 43” flatscreen for under £250 at Tesco.

Source: What’s wrong with spending your benefits on prosecco? Nothing | Phil McDuff | Opinion | The Guardian

The Conservatives’ pernicious treatment of chronically ill and disabled people has made us even sicker. Closing the disability employment gap is not that simple

Source: Disabled people have every reason to be sceptical about new Tory work plans | Frances Ryan | Opinion | The Guardian