Only a Democratic landslide can ward off the nightmare prospect of this president simply refusing to leave office, writes Guardian columnist Jonathan Freedland

Source: Trump will cling to power. To get him out, Biden will have to win big | Opinion | The Guardian

Source: A black woman faces prison because of a Jim Crow-era plan to ‘protect white voters’ | US news | The Guardian

Source: The US will no longer feel like a haven for Jews under Trump | Jonathan Freedland | Opinion | The Guardian

Source: Mexicans on Trump’s election: ‘The power he has over us is terrifying’ | US news | The Guardian

The battered pound has notched up its best two-week performance in eight years after the surprise US election result took investor focus off the UK’s Brexit challenges.

Market concerns shifted to the euro amid fears that Donald Trump’s victory will trigger a wave of populism and political uncertainty throughout Europe.

Measured against other currencies, sterling enjoyed its best fortnight since 2008. It remains well below pre-referendum levels, but on Friday managed to push above $1.26 for the first time since early October. That will soothe concerns over a weak currency pushing up import costs and stoking inflation.

While the pound rebounded, the FTSE 100 share index fell by more than 1% for the second day running, erasing all the gains made on the day of Trump’s win.

That capped a tumultuous week for financial markets as investors proffered diverging views over what a Trump presidency would mean for US growth, global trade and individual shares. Debate raged over whether a big spender in the White House would boost economic activity and inflation in the world’s leading economy or whether his anti-trade stance would curb growth around the globe.

Source: Donald Trump has made it clear: in his America, Muslim citizens don’t exist | Moustafa Bayoumi | Opinion | The Guardian

When I was a girl of 11 I had an argument with my father that left my psyche maimed. It was about whether a woman could be the president of the US.

How did it even start? I was no feminist prodigy, just a shy kid who preferred reading to talking; politics weren’t my destiny. Probably, I was trying to work out what was possible for my category of person – legally, logistically – as one might ask which kinds of terrain are navigable for a newly purchased bicycle. Up until then, gender hadn’t darkened my mental doorway as I followed my older brother into our daily adventures wearing hand-me-down jeans. 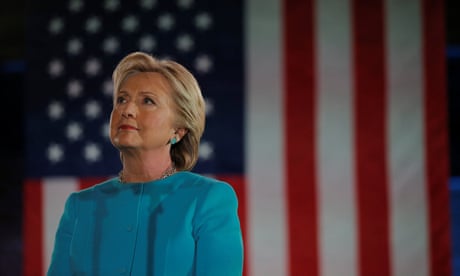 But in adolescence it dawned on me I’d be spending my future as a woman, and when I looked around, alarm bells rang. My mother was a capable, intelligent, deeply unhappy woman who aspired to fulfilment as a housewife but clearly disliked the job. I saw most of my friends’ mothers packed into that same dreary boat. My father was a country physician, admired and rewarded for work he loved. In my primordial search for a life coach, he was the natural choice.

I probably started by asking him if girls could go to college, have jobs, be doctors, tentatively working my way up the ladder. His answers grew more equivocal until finally we faced off, Dad saying, “No” and me saying, “But why not?” A female president would be dangerous. His reasons vaguely referenced menstruation and emotional instability, innate female attraction to maternity and aversion to power, and a general implied ickyness that was beneath polite conversation.

Now re have it Trump and his supporters are not only against Mexicans, Blacks, Democrats, but also Republicans, in fact anyone who does not support Trump.

If Trump does become US President no one will be safe, except Trump and Freedom of Speech will be outlawed, just as in Russia by Trumps friend Putin.

Trump will kill off Democracy.

Exclusive: Self-declared Republican who sparked Nevada security scare says he was attacked for silently showing a sign he printed from the web

Source: Trump protester: I was beaten for holding a ‘Republicans against Trump’ sign | US news | The Guardian

The most sordid side of our democracy has been laid out for all to see. But that’s only the beginning: whoever wins, the mutual revulsion will only intensify