Not only does it emerge with white and black individuals encountering each other, but in many instances how the Forces of law and Order behave.

Granted we only see through the media those that the Media wish us to see, but there does appear to be many elements in the various American Societies who wish for the clocks to be turned back to before Slavery was abolished or was meant to.

If this had been in reverse how would it have proceeded, well, I believe that the charge would not have been dropped. In fact, I was surprised that a charge was even brought, especially against the white women, for the expected would have been an incorrect charge brought against the Black bird-watcher, so this has to be seen as some progress, but far from enough.

To be Black in America is far from good for those who are Black, especially when many of the Police forces can not be trusted.

These nostalgic recollections, however, aren’t held by all Americans.

Municipal swimming pools and urban amusement parks flourished in the 20th century. But too often, their success was based on the exclusion of African Americans.

As a social historian who has written a book on segregated recreation, I have found that the history of recreational segregation is a largely forgotten one. But it has had a lasting significance on modern race relations.

Swimming pools and beaches were among the most segregated and fought over public spaces in the North and the South.

White stereotypes of blacks as diseased and sexually threatening served as the foundation for this segregation. City leaders justifying segregation also pointed to fears of fights breaking out if whites and blacks mingled. Racial separation for them equaled racial peace.

These fears were underscored when white teenagers attacked black swimmers after activists or city officials opened public pools to blacks. For example, whites threw nails at the bottom of pools in Cincinnati, poured bleach and acid in pools with black bathers in St. Augustine, Florida, and beat them up in Philadelphia. In my book, I describe how in the late 1940s there were major swimming pool riots in St. Louis, Baltimore, Washington, D.C. and Los Angeles.

Exclusion based on ‘safety’

Despite civil rights statutes in many states, the law did not come to African Americans’ aid. In Charlotte, North Carolina, for example, the chairman of the Charlotte Park and Recreation Commission in 1960 admitted that “all people have a right under law to use all public facilitates including swimming pools.” But he went on to point out that “of all public facilities, swimming pools put the tolerance of the white people to the test.”

His conclusion: “Public order is more important than rights of Negroes to use public facilities.” In practice, black swimmers were not admitted to pools if the managers felt “disorder will result.” Disorder and order defined accessibility, not the law.

Source: The forgotten history of segregated swimming pools and amusement parks : The Conversation

Since the settlement of Jamestown in 1607 and the start of the Colonial period, the U.S. has been predominantly white.

White nationalists want America to be white again. But this will never happen. America is on its way to becoming predominantly nonwhite.

The U.S. federal government uses two questions to measure a person’s race and ethnicity. One asks if the person is of Hispanic origin, and the other asks about the person’s race.

A person is defined as white if he or she identifies as being only white and non-Hispanic. A minority, or nonwhite, person is anyone who is not solely non-Hispanic white.

Source: The US white majority will soon disappear forever : The Conversation

“And finally, you know, you’re in a position where either you choke to death and burn alive or you possibly are shot to death.”

I also found this meme on why the White working class should reject racism and distrust politicians, who are trying to stir up hatred against Blacks, from 1000 Natural Shocks. The originals at http://greybeard55.tumblr.com/image/136630560625. Be warned – it’s an over 18 site. 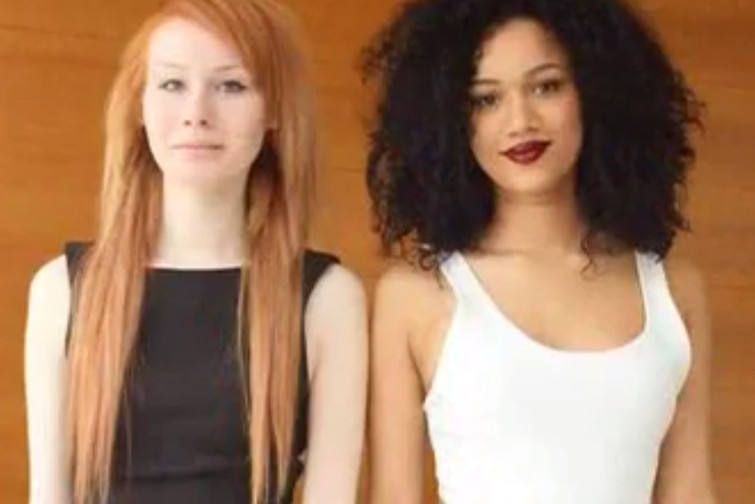 “There’s a set of biracial twins in the UK who are turning heads because one is black and the other is white.” That’s how the New York Post introduced a profile of Lucy and Maria Aylmer, 18-year-olds whose father identifies as white and whose mother is “half-Jamaican” (and, we’re to assume, thinks of herself as black).

It’s just the most recent story of fraternal twins born with such dramatic variations in complexion they’re seen by many — and even see themselves  — as members of two different racial groups.

Each of these situations and their accompanying striking images, is a reminder of how fluid andsubjective the racial categories we’re all familiar with are.

What “black and white twins” can teach us about race: it’s not real

Lucy and Maria’s story, and all the other sensational tales in the “Black and White Twins: born a minute apart” vein are actually just overblown reports on siblings who, because of normal genetic variations that show up in more striking ways in their cases, have different complexions.

But they’re fascinating because they highlight just how flimsy and open to interpretation the racial categories we use in the US and around the world are.

Even the Post’s description of the Aylmer twins is clumsy, asserting that they’re each “biracial,” but stating in the very same sentence that one is white and the other is black.

And the fact that the two, despite having the same parents,  see themselves as belonging to two different racial groups ( “I am white and Maria is black,” Lucy told the Post) proves that there’s a lot more than biology or heritage informing racial identity.

It’s a reminder that the racial categories we use are fickle, flexible, open to interpretation, and have just as many exceptions as they do rules when it comes to their criteria for membership — that’s why they have been described as “not real,” meaning:

For more on this, read 11 ways race isn’t real, and watch this short video.

“Not real” doesn’t mean not important 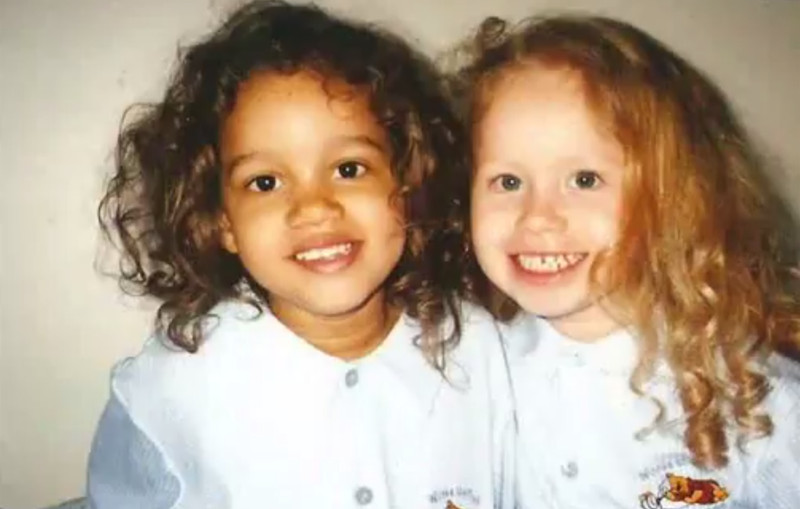 Of course, none of this changes the fact that the concept of race is hugely important in our lives, in the United States, in the UK where the twins live, and around the world.

There’s no question that the way people categorize Lucy and Maria, and the way they think of themselves, will affect their lives.

That’s because, even though race is highly subjective, racism and discrimination based on what people believe about race are very real. The racial categories to which we’re assigned, based on how we look to others or how we identify, can determine real-life experiences, inspire hate, drive political outcomes, and make the difference between life and death.

But it’s still  important to remember that these consequences are a result of human-created racial categories that are based on shaky reasoning and shady motivations. This makes the borders of the various groups impossible to pin down — as the “black and white” twins demonstrate — and renders modern debates about how particular people should identify futile.  ……………..’